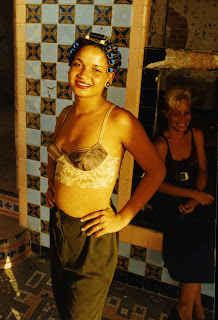 The colleague from the British agency minimizes the fact that our society’s greatest treasure is its human capital. That is why, appealing over and over to the recourse of participation by all, Cuba emerges gracefully from complex situations.

Link:
Reuters story saying Cuba was lowering its 2009 growth forecast to 2 percent
Reuters story saying the Cuban economy was expected to falter in 2009
Granma story on importance of saving money, in Spanish. Compares "homeland or death" motto with "savings or death."
Posted by alongthemalecon at 6:14:00 AM