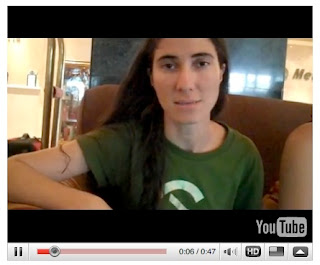 Sanchez reports on lifting of Internet restrictions at Melia Cohiba Hotel
Yoani Sanchez said the same Havana hotel that denied her Internet access two weeks ago is now letting Cubans use the Internet.

...the ban seems to have been lifted. I may sound a bit boastful, but I think that if we had not raised a ruckus in recent days—denouncing such apartheid—we would have been deprived of the ability to connect.

On May 9, Sanchez secretly shot video as her husband, Reinaldo Escobar, was denied Internet access at the Melia Cohiba Hotel in Havana. Since then, Sanchez said more than a dozen bloggers have visited 40-plus hotels and found only one where employees were aware of a resolution banning Cubans from Internet access in hotels. So the prohibition doesn't appear to have been widespread.
Posted by alongthemalecon at 6:21:00 PM