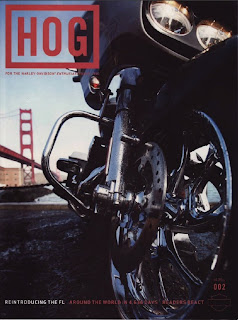 Sergio Morales, a longtime Harley-Davidson mechanic in Cuba, is featured in the latest edition of HOG magazine.
Morales visited Harley's Milwaukee headquarters recently and spoke about how special it is to ride a Harley-Davidson motorcycle in Cuba.
"The history that exists around the bikes is passed from generation to generation. When we ride, we know we're part of that history," Morales told the magazine, which is distributed to owners of Harley-Davidson motorcycles.
Most of the Harleys in Cuba were built in the 1950s. Riders say it's a monumental challenge to keep the bikes going, especially in light of the U.S. ban on trade with Cuba.
Thanks to HOG for publishing a photo I shot of Morales near his home in Havana's Luyano district. 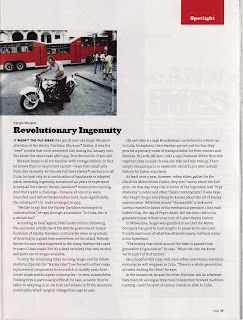 Along the Malecon motorcycle links:

I will visit Havana in the first week of October and hope to meet my Harley Davidson friends. Very excited!

When I lived in Cuba, motorcyclists often gathered on Saturday mornings on the street just below the Hotel Nacional. There's a cafeteria there and it was a popular gathering spot. Cubans here ride not just Harleys, but Triumphs and other makes.