No doubt about it, James Cason got their attention 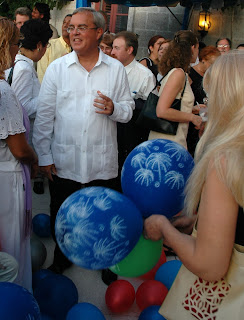 James Cason
James Cason was chief of the U.S. Interests Section in Havana from September 2002 to September 2005. News of his move to the Center for a Free Cuba got me thinking about the former ambassador - and the last party I went to at his stately residence.
It was a July 4 party and it had a little bit of everything - 'burgers, live music, balloons, mojitos and even U.S. Marines. 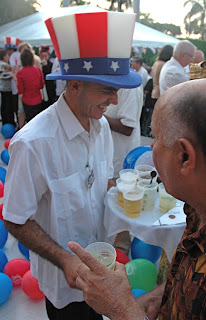 Cuban employees at the ambassador's residence wore red, white and blue on July 4.

A few weeks after his arrival, Cason appeared at the Melia Cohiba Hotel and read a statement to the foreign press. That's when I first met him. A big trade show was underway - the U.S. Food and Agribusiness Exhibition. Cason used the occasion to criticize the Cuban economy and describe the Caribbean nation as a "deadbeat." He said:

There's going to be a lot of beef being shown, but I expect to hear and see a lot more bull than I do beef from the Cuban authorities.

It was immediately clear that Cason took a more confrontational approach than his predecessor, Vicki Huddleston. Some Cuban exiles in Miami applauded that, but Cuban officials accused him of trying to destabilize the socialist government. 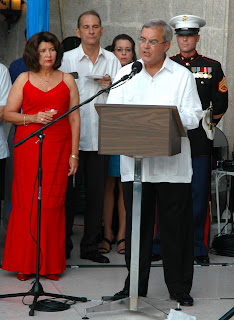 James Cason speaks at the July 4 bash while his wife, Carmen, listens.
Cason regularly hosted Cuban dissidents at the ambassador's residence. He also ventured outside Havana to see pro-democracy activists and others that Cuban authorities consider "counter-revolutionaries."
CubaNews reported that Cason logged more than "6,000 miles of travel throughout the island" before Cuban authorities took measures, restricting him to a 450-square-mile area of Havana and its suburbs. 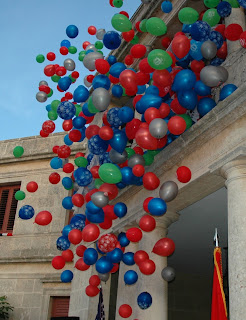 Balloons were flying at the residence, built in 1941 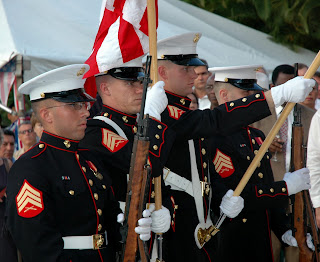 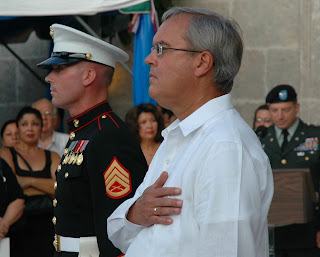 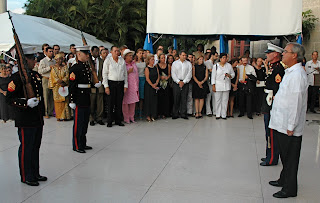 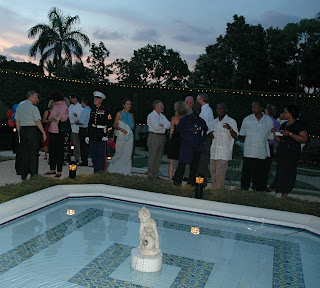 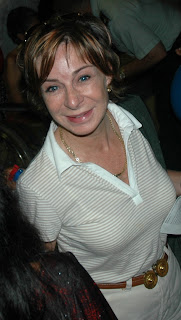 Party guests included Lucia Newman, then the CNN bureau chief in Havana. She later left CNN to work for Al Jazeera International as a correspondent in Buenos Aires. 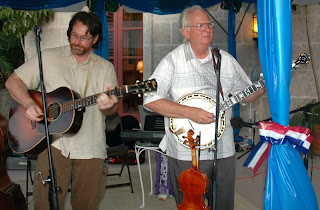 A band played bluegrass music. Many of the Cuban guests had never heard it.
Links:
* Subcommittee on Commerce, Trade, and Consumer Protection, hearing called "Examining the Status of U.S. Trade with Cuba and its Impact on Economic Growth." Cason speech from the April 27, 2009, hearing.
* “U.S. Policy Towards Cuba: A Conversation with American Diplomats” - a speech James Cason gave in Miami on Jan. 23, 2009.
* Fidel Castro rips into Cason during an April 25, 2003, speech
Posted by alongthemalecon at 9:55:00 PM