Ricardo Alarcon: We'll talk with the U.S., but only "as equals"

CNN interviewed Ricardo Alarcon, president of Cuba's National Assembly. Here are some excerpts:
* Cuba will negotiate with the United States "on the basis of mutual respect...as two equals."
* "We are prepared to sit down and discuss anything."
* The U.S. government has changed its "language and style" when discussing Cuba, but has not taken any significant steps toward abandoning its "failed policy" toward the socialist government.
* Important gestures the U.S. could make include freeing five Cuban agents in U.S. prisons or prosecuting Luis Posada Carriles on terrorism charges.
* The Obama administration hasn't made any significant gestures toward Cuba and so the Cuban government has no reason to make any concessions. "Why should we react to something that doesn't exist?"
* Even so, Cuban officials are willing to meet with U.S. officials. "We are prepared to talk with them." 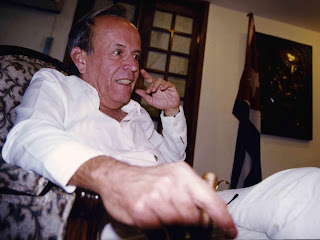 Ricardo Alarcon during an interview with the Dallas Morning News 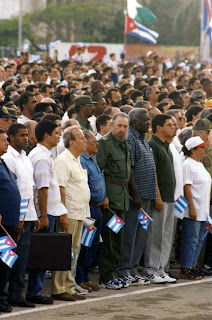