A shocker: Fidel Castro wears American flag on his lapel 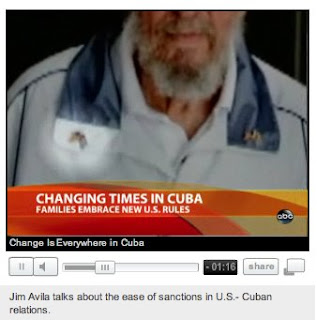 From this ABC News report today:

That surprising image is evidence of a thaw in U.S.-Cuban relations after limits on family visits imposed by the Bush administration were dropped by President Obama April 13 .

Not a bad gesture for a man who has called the United States his mortal enemy.
Link: Along the Malecon's Fidel Castro page
Posted by alongthemalecon at 11:04:00 AM