So that's where those cigars come from... 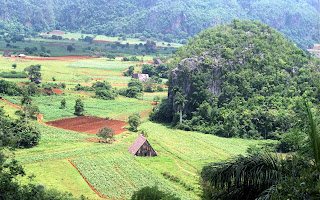 Viñales Valley landscape. That mound to the right is mogote, made of limestone.
Cuba has nine UNESCO World Heritage Sites. Viñales Valley is one of them. UNESCO said the valley is special because it has an unusual landscape where traditional tobacco-growing methods "have survived unchanged for several centuries."
The region is also notable for its architecture, crafts and music, UNESCO said. I like the strange-looking mounds rising from the floor of the valley. They're called mogotes, and climbers love them. 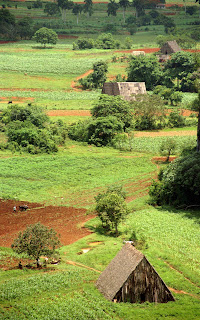 UNESCO, the United Nations Educational, Scientific and Cultural Organization, named Viñales Valley a World Heritage Site on Dec. 2, 1999.
There are 878 World Heritage Sites around the world. Of those, 679 are cultural and 174 are natural - like Viñales. The remaining 25 are considered "mixed properties." 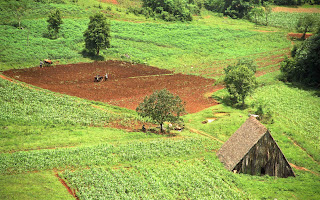 The other eight World Heritage Sites in Cuba are: 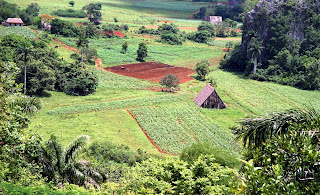