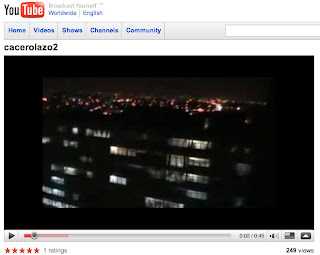 Pots and pans in the night
It wasn't exactly a crescendo of pot-banging, but Yoani Sanchez reports that some Cubans who aren't happy with the socialist government rattled and clanked pots and pans last night.
This YouTube video captures some of the ruckus.
Claudia Cadelo of the blog Octavo Cerco wrote that she joined Yoani at her apartment. The two waited until 8:30, expecting, hoping, to hear others banging pots somewhere in the distance. But the appointed hour came and there was only silence, Cadelo wrote.
The protesters banged their pots alone, at least as far as they could tell.

Cadelo wrote that many Cubans are still afraid to challenge the socialist government, but more and more people are thinking and talking. She wrote:

Although in Cuba the pots aren't making noise yet...people's minds are making noise and that means something. 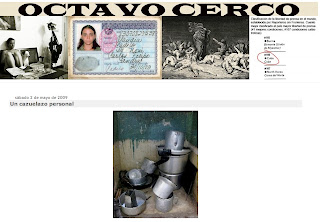