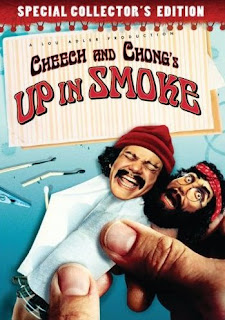 Reefer madness
The pot - I mean, the plot - thickens in the Myers spy case.
Sheriff's deputies evidently walked in on Kendall Myers and a juvenile as one of them held a marijuana pipe and what appeared to be a tray of pot in 1979.
The deputies were executing a search warrant, says KELO-TV of Sioux Falls, S.D.
KELO-TV quotes a court document as saying:

Acting pursuant to an informant’s tip regarding drug-related activity, a search warrant was obtained authorizing a search of a residence at 328 North Grand in Pierre. At approximately 7:30 on the evening of September 17, 1979, several law enforcement officers, led by Hughes County Deputy Sheriff Charles Vollmer, undertook to serve the warrant. The officers positioned themselves at various places around the house. Deputy Sheriff Vollmer and two other officers approached the front door of the residence.

The residence is a brick structure with an enclosed porch attached to the front. Entry to the porch is obtained through a screen door. Deputy Sheriff Vollmer opened the screen door without first knocking, where-upon he and the other two officers entered the porch and approached the front door to the living quarters. Finding this door open and observing two occupants in the living room, one in possession of a marijuana pipe and a tray of what appeared to be marijuana, Deputy Vollmer entered the living room, announcing his purpose to execute the search warrant almost simultaneously with his entry, although he could not recall whether the announcement was made before or after he stepped into the living room. Immediately after entering the living room and ordering the two occupants to be seated on the couch, Deputy Vollmer handed a copy of the search warrant to defendant Myers, one of the occupants.

The Myers later objected to the search, saying the authorities hadn't complied with a state “knock-and-announce”statute.
The June 14 Argus Leader newspaper in Pierre had additional details:

Pierre law enforcement officials, acting on an informant's tip about drug-related activity at Steingraber's home, brought a search warrant to the house.

Officers entered the porch through a screen door without knocking first, then saw the front door was open and two people inside with a marijuana pipe. Myers and a juvenile in the living room with him immediately were handcuffed, according to court papers.

A lower court judge suppressed evidence seized at the time, saying officers failed to knock first and announce why they were there before entering with the search warrant. The state Supreme Court later reversed that decision.

At the time, Gwen used her maiden name, Steingraber. It's not clear to me if she was in the house when the deputies arrived.
She was deputy director of fixed utilities for the Public Utilities Commission in Pierre. She helped show people how to build and operate solar collectors.

As for the pot case, Rislov said:

I don't know that there were any charges against her in the case. I remember we were shocked when we first heard it, but it wasn't the kind of shock that comes with never expecting that kind of thing to happen.

The newspaper could not find a record of the case in South Dakota's criminal records and said it's possible no charges were filed.
Links:
American Thinker - detailed story on the Myers' background
Along the Malecon's Spy vs. spy page
June 14 - Argus Leader story
Posted by alongthemalecon at 5:31:00 PM