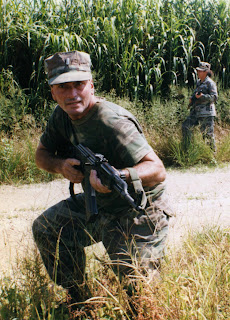 "Pretend Castro's out there," one trainer told members of Alpha 66, an anti-Castro paramilitary group.
A little more than a decade ago, I went with members of Alpha 66 as they trained in the Everglades. Looking back at the pictures now, it reminds me just how passionate some people are about Cuba.
Even as the Obama administration promises to take a less aggressive approach toward Cuba, there are people on both sides of the Florida Straits willing to fight and die over the island. 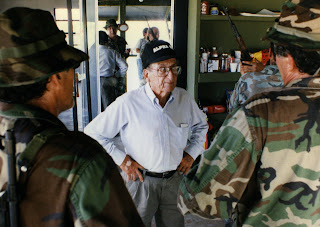 Andrés Nazario Sargén
Sargén was the leader of Alpha 66 when I wrote about the group for the Dallas Morning News. I met him for the first time in 1997. At the time, his group endorsed - but didn't publicly take responsibility for - a series of bomb attacks at Havana hotels that killed an Italian tourist. Sargén told me:

Damaging a hotel or an electrical installation undermines the economy. That's what we want. 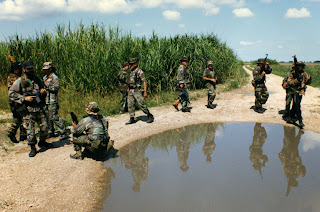 Over the years militant exiles have been linked to everything from downing airliners to hit-and-run commando raids on the Cuban coast to hotel bombings in Havana. They've killed Cuban diplomats and made numerous attempts on Castro's life. But, other than an occasional federal gun charge, nothing much seems to happen to most of these would-be revolutionaries.
They are allowed to train nearly unimpeded despite making explicit plans to violate the 70-year-old U.S. Neutrality Act and overthrow a sovereign country's government....And 9/11 seems to have changed nothing. 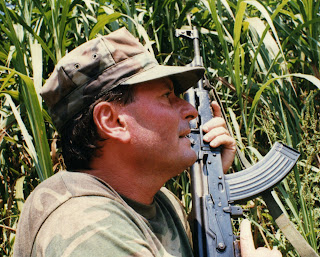 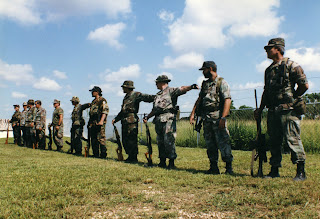 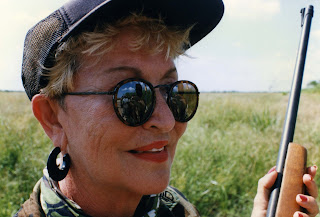 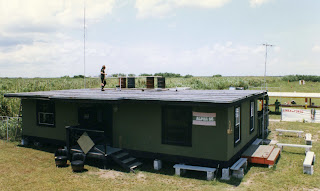 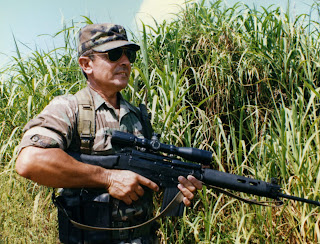 This is Carlos Iglesias, a trainer with Alpha 66. While I was working on a story in 1997, he told me:

Fidel Castro has to go. A bullet is the only solution. 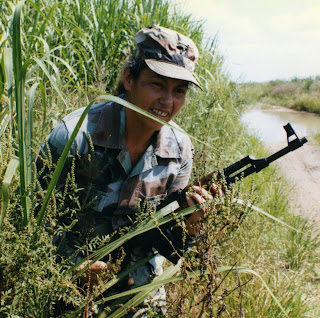 Weekend maneuvers in the Everglades
I shot these photos on a Sunday. "Be alert for gunfire," Iglesias said as 15 recruits crept along an unpaved road watching for "the enemy. "
A volunteer in fatigues kept pointing his weapon at fellow Alpha 66 soldiers.
"No, no, no," Iglesias told him. "Point into the field."
Getting a blank stare, the trainer added, "Pretend Castro's out there." 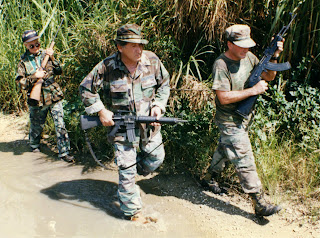 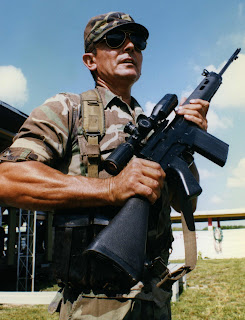 Some Alpha 66 members seem to have military training. My guess is that some members are actually Cuban agents. In fact, I'd be shocked if the group were not infiltrated.
In March 2008, Alpha 66 released a statement opposing any dialogue with the socialist government. Cuban Colada quoted the statement as saying:

We reject, within this context, any attempt to open a dialogue, strike a servile deal or adopt a submissive attitude in exchange for crumbs of liberty or purely cosmetic reforms.

Cuban Colada said the group also "rejects terrorism – but has no intention of renouncing military action as a tactic against the Cuban government because it might be needed in the future." 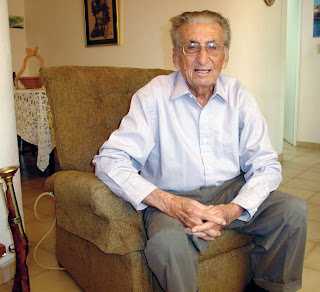 I last interviewed Sargén in his home in May 2003. Check out the weapon leaning against the wall. 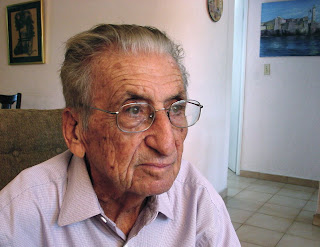