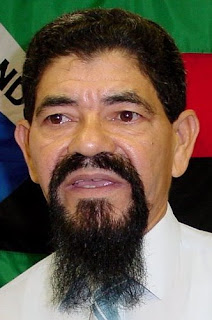 Rodolfo Frometa predicts Cuba's socialist government will fall within five years
Cubadebate picked up an interview I did with Rodolfo Frometa, leader of the Comandos F-4, a Miami paramilitary group.
Frometa told me:

There won't be a peaceful transition to democracy in Cuba. The system has to be removed by force.

Cubadebate is the voice of the Círculo de Periodistas Cubanos contra el Terrorismo - or the Cuban Journalists against Terrorism Club.
Cubadebate's version of the story, in Spanish, is here. The original post is here. 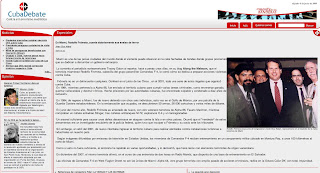