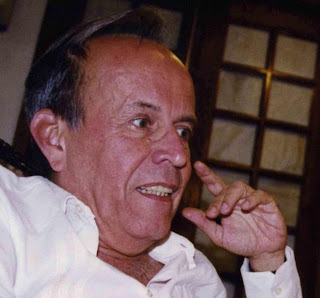 The Supreme Court justices did not explain their decision. A statement by Cuba's National Assembly presidency said, "The judges did what the Obama administration requested of it."

Cuban officials contend that the five agents did not get a fair trial in Miami. The National Assembly statement said the Supreme Court ignored universal support "expressed by an unprecedented number of 'friend of the Court' briefs, among them 10 Nobel prize recipients, hundreds of parliamentarians, and numerous U.S. and international jurist organizations, of outstanding political and academic personalities."

In spite of the solid arguments made by the defense attorneys from the obvious and multiple legal violations committed during the whole trial...the Supreme Court rejected the case, thus ignoring the demand of Humanity and its obligation to do justice.

We see manifested once more the arbitrariness of a corrupt and hypocritical system and its brutal treatment of our Five brothers.

Our struggle to win their freedom will not diminish for one instant. Now is the time to step up our actions, and not leave even one space uncovered or door unopened.

We are certain that Gerardo, Antonio, Fernando, Ramón, and René will continue leading this battle, as they have during these almost 11 years.

Based on the experience that we have had, I am not surprised by the Supreme Court's decision. I have no confidence at all in the justice system of the United States. There are no longer any doubts that our case has been, from the beginning, a political case, because not only did we have the necessary legal arguments for the Court to review it, we also have the growing international support as reflected in the Amicus briefs presented to the Court in our favor. I repeat what I said one year ago, June 4, 2008, that as long as one person remains struggling outside, we will continue resisting until there is justice.

Ricardo Alarcon heads the National Assembly, which described the Supreme Court decision as a "monstrous injustice."
In 2007, State Department officials said they consider the Cuban Five's case to be a propaganda campaign.
Links:
Along the Malecon's Spy vs. spy page
National Committee to Free the Cuban Five
Posted by alongthemalecon at 3:28:00 PM