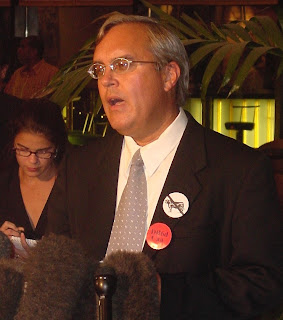 James Cason took charge of the U.S. mission in Havana in 2002 and in his first public appearance he blasted the Cuban government, calling it “an international deadbeat" - a “Freddie the freeloader” with a “Jurassic Park economy.” 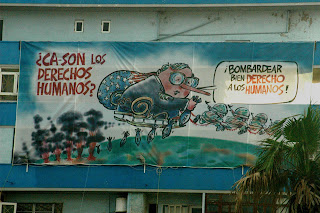 Fidel Castro fired right back at Cason, calling him "a bully with diplomatic immunity." And anti-Cason banners were soon hanging within sight of the U.S. Interests Section.

I interviewed James Cason the other day for a story that appears in this month's edition of CubaNews. He told me Cuban bloggers threaten the Cuban government's grip on information. He said:

Bloggers are dangerous. The whole idea of a dictatorship is that you have to control the flow of information. But bloggers are finding ways to communicate. The Cuban government is extremely afraid of them.

A senior Cuban official denied that the Castro regime worries about information from abroad. He said:

We’re already vaccinated against that.

Millions of foreign tourists — including hundreds of thousands of Americans — have visited Cuba in the past decade, and the government hasn’t fallen, the official said on condition of anonymity.

I was interested in talking to James Cason because he has a new job. He is now president of the Center for a Free Cuba. My full interview with him is below, or here in a PDF. 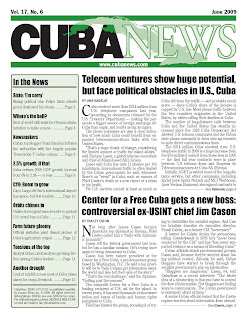 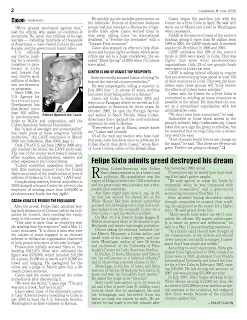