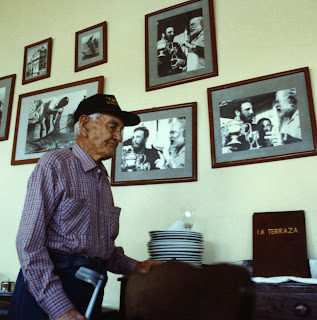 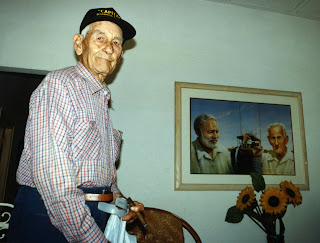 Fuentes told me he never returned to the sea after Hemingway killed himself on July 2, 1961 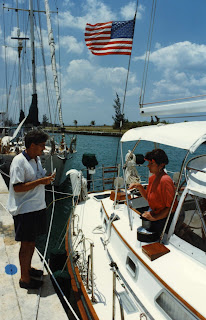 A boat flies an American flag at the Hemingway Marina, on the western edge of Havana.
Organizers said 21 teams from 12 countries participated in the Hemingway billfish contest. The tournament, founded on May 26, 1950, is the oldest of its kind.
Link:
Along the Malecon's Hemingway, Hollywood, rum & cigars page
Posted by alongthemalecon at 7:45:00 PM

That is so awesome that you got to interview Gregorio Fuentes! Great pics and of pics within pics.

Thanks! He was quite a character, still smoking cigars and drinking liquor when I saw him.