Fringe character in the Posada Carriles saga drops out of sight 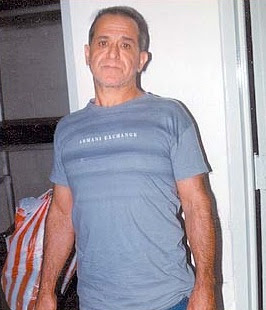 Orestes Cossío
Source of photo: Critica
Prosecutors and defense lawyers are at odds over how to handle sensitive documents in the case of Luis Posada Carriles, an anti-Castro militant and former CIA operative linked to terrorist attacks and bombings.
Many documents in the case are sealed already. That's troubling because we may never know the full extent of the U.S. government's relationship with Posada Carriles.
Mystery also surrounds some of the fringe characters in the Posada Carriles saga. It's unclear, for instance, what ever became of Cuban-American Orestes Cossío.
Cossio is an associate of Jose Valladares, a friend of Posada Carriles.
In 2000, Valladares allowed Posada and three accomplices to stash C-4 explosives and Semtex at his farm in Boquete, Panama, where they were staying while allegedly plotting to kill Fidel Castro.
Castro was traveling to Panama for a speech when his security personnel discovered the plot to assassinate him.
Posada Carriles and the three others were jailed until the Panamanian president pardoned them.
Canadian journalist Jean-Guy Allard wrote that Valladares confessed his involvement to the Panamanian district attorney. He quotes Valladares as saying:

I was in the CIA in Nicaragua, they were paying me, I was training in Guatemala.

Months earlier, Panama deported Cossío to the United States. Cossío had lived in Panama under the name of Luis “Mack” Navarro. Authorities said he had an altered U.S. passport and two weapons when he was stopped.

This wasn't the first time Cossío had trouble with the law. I don't have a full picture of his past, but it appears he was indicted on drug charges around 1989. One court record shows that in April 1986, Cossío had allegedly "arranged to have approximately 50,000 pounds of Colombian marijuana imported into Collier County, Florida."

His plan was to "move the marijuana from a freighter off the southwest Florida coast to the Miami-Fort Lauderdale area for distribution."
I don't know when he was arrested on that charge. Another court record shows he was facing jail time in 1995, but evidently didn't show up to court.
By 1996, he was living in Panama.
Then in 2002, Panama deported Cossío to the United States. And he seemed to disappear from the U.S. court system after that.

Cossío arrived back in the U.S. in 2002, but his case was listed in the federal courts system for a span of less than a week, according to the docket shown above. Where did he go?

The case is particularly odd since Cossío has been linked not only to drug smuggling but three homicides, according to Allard.
Of course, there may be no big mystery here. The paper trail could be out there and I just haven't been able to find it.
Anyone know what happened?
Did Cossío die at some point?
Was he killed?
Is he in jail?
Did he enter the federal Witness Protection Program?
Is he a U.S. government informant?
Any clues out there?

Louis Casuso is the lawyer who represented Cossío in 2002
Links:
Dec. 19, 2003 - Jean-Guy Allard article that mentions drug and murder allegations against Cossío (in English)
Dec. 4, 2002 - An Allard article about Valladares (in Spanish)
Sept. 2, 1992 document - Some details of the case against an accused smuggler indicted along with Cossío
Posted by alongthemalecon at 8:12:00 PM

The Cuban intelligence is more than capable of finding anybody, anywhere. Perhaps Mr. Allard should ask them what happened to Cossío.