Hemingway, a Wet Dream and Nazis 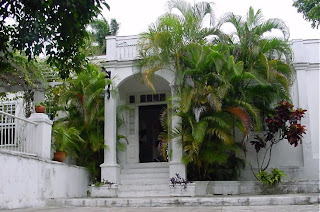 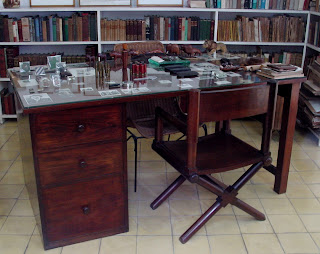 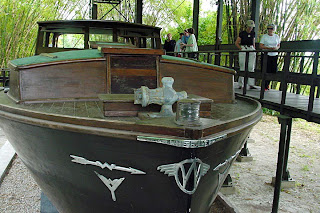 El Pilar
Also this month, 21 teams of fishermen from at least a dozen countries have been competing in the 59th Ernest Hemingway International Billfish Tournament. The three-day contest ended June 5.
Three American teams competed: Wet Dream, Brittney Jean and Bright Hour. Wet Dream was leading after the first day, according to the International Press Center in Havana. I haven't seen the final scores. 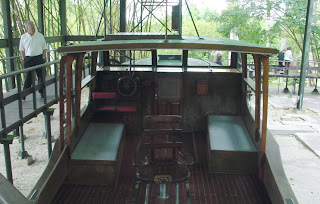 Thanks for the latest pictures from the Finca. Those symbols on the Pilar are unusual. I will have to look those up as I remember reading about them previously. Now up is the Carl Eby book on Ernest's hair fetish . . .

Hair fetish? I didn't know about that...

Yes, once you read a lot of his oevre, you begin to really see it. It's even in the short stories and A Moveable Feast. Read his book The Garden of Eden that was published posthumously and a whole new study of Hemingway is needed . . .

Hey, I didn't even know what the word means, so feel free to misspell it...I'm not going to know the difference...

Of course, then I looked it up

Something else to read or read about is the book Strange Tribe by John Hemingway, Ernesto's grandson and son of Gigi. It is also very enlightening and revealing.

I hate it when I misspell.