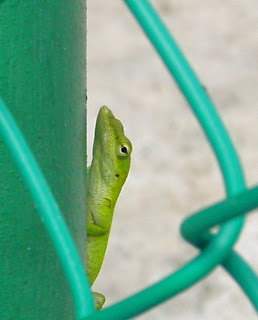 New era of kindness to all some of God's creatures
The Organization of American States on Wednesday lifted the 1962 suspension of Cuba's membership, the Associated Press says.
Honduran President Manuel Zelaya, meeting with other leaders in Honduras, said:

The Cold War has ended this day in San Pedro Sula. We begin a new era of fraternity and tolerance.

If there is a new era of brotherhood, I'm not so sure it's reached every corner of Washington - or South Florida.
U.S. Rep. Ileana Ros-Lehtinen, R-Fla., immediately blasted the OAS.

Today’s decision by the OAS is an affront to the Cuban people and to all who struggle for freedom, democracy, and fundamental human rights.
No U.S. taxpayer funds should go towards supporting this sham of an organization that once prided itself on its historic commitment to democracy and human rights.

No worries, Cuban officials say, because they don't want to be part of the group anyway.
Said Colimador cubano, a pro-government blog:

Even though Cuba will never return to that rotten organization, it wholeheartedly welcomes this gesture...

...Cuba can come back into the OAS in the future if the OAS decides that its participation meets the purposes and principles of the organization, including democracy and human rights.
I am pleased that everyone came to agree that Cuba cannot simply take its seat and that we must put Cuba’s participation to a determination down the road – if it ever chooses to seek reentry.

Link:
Text of the OAS resolution, courtesy of the Cuban Triangle
Posted by alongthemalecon at 5:06:00 PM