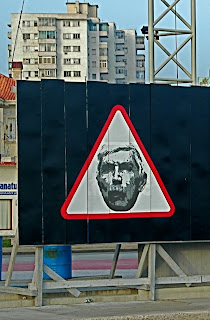 1. The complex nature of the underlying facts and circumstances of the charges;
2. There are reams of documents that the prosecution must provide to the defense, but the defense has only received part of the discovery information;
3. Defense lawyers need time to travel to such foreign destinations as Cuba to interview witnesses, inspect crime scenes and review original documents.
4. They also need time to review classified information and decide how much of it should be kept from public view.

...they have been investigating this case since at least the year 2000, have sent two teams of FBI investigators to Cuba (in 2001 and 2006) to inspect the crime scene and interview witnesses, and have had the benefit of a grand jury investigation with subpoena power since at least 2005.

So how, they asked, could they throw together a defense in just a few months?
U.S. District Judge Kathleen Cardone agreed to delay the trial for nearly six months and announced a new schedule:

Lawyers for Posada Carriles say they still have not received:

* the transcripts of the Bardach tapes

* transcripts of the defendant's statements at the removal hearing

* assistance in obtaining permission to travel to Cuba

The complexity of the case and the possibility that some of the discovery material could embarrass the government favors the defense.

Prosecutors, no doubt, are mindful of what happened in the high-profile case of former Alaska Sen. Ted Stevens.

In July 2008, a federal grand jury indicted Stevens on seven felony counts of failing to report gifts. But prosecutors withheld evidence that could have helped Stevens and a judge threw out the case in April. Attorney General Eric Holder said:

After careful review, I have concluded that certain information should have been provided to the defense for use at trial. In light of this conclusion, and in consideration of the totality of the circumstances of this particular case, I have determined that it is in the interest of justice to dismiss the indictment and not proceed with a new trial.

The Posada Carriles case is more complicated, more intricate. It's not just a case of accepting bribes or gifts. The suspect's alleged misdeeds stretch back decades. He is a former CIA operative. He's been up to his eyeballs in assassination plots. Discovery material is expected to include sensitive or classified government documents.
The more defense lawyers push for all the documents the government has on Posada Carriles, the more likely they'll come up with bits of ammunition that could blow holes in the prosecutors' case.
Prosecutors are in a difficult spot: If they reveal everything, they may help the defense make this a case about government tactics and methods, not Posada Carriles. But if they don't reveal all they have, they could lose the case for withholding evidence.
Link:
Along the Malecon's Spy vs. spy page
Posted by alongthemalecon at 7:08:00 PM

Tracey, your posts and updates on this case are impeccable. Keep it up!

I am no expert on international law, but I have recently wondered why the Italian government has never requested Carriles' extradition and trial for the one Italian tourist that was killed in the hotel bombings in 1997. Anyone know...if the Italians could?

Good question. Prosecutors in Italy have requested the extradition of CIA operatives in the past. Why not Posada Carriles?
I know the idea has come up before. It's been discussed on CNN, for instance. But I haven't heard of anyone in Italy taking action.