TV Marti: "A station no one watches" 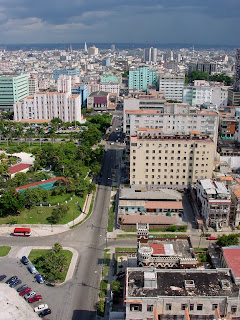 Havana: We can't hear you
Phil Peters on Wednesday told a House subcommittee why it makes no sense to continue funding TV Marti, which has not developed an audience in Cuba despite at least $190 million in tax dollars spent over 19 years. Peters said:

TV Marti has been broadcast from balloons floating in the air over Florida, from satellites in outer space, and now from an airplane that flies figure eights in U.S. airspace south of the Florida Keys.

Nineteen years of effort have not overcome Cuba’s jamming. I don’t think it’s possible to find a broadcast engineer who will explain how a television signal that originates more than 50 miles from its audience, can ever overcome jammers that are located amid the target audience. We cannot repeal the laws of physics.

TV Marti "has proven utterly ineffective," Peters said.
He suggests not only reexamining TV Marti, but taking a broader look at the U.S. government's approach toward Cuba. Rather than pour millions of dollars into ineffective programs, he says, the American government ought to engage Cuba. And for starters, lawmakers ought to approve U.S. Rep. Bill Delahunt's proposal to allow all Americans to travel freely to Cuba, he said.

The estimated $190 million spent on TV Marti "could have brought 7,600 Cuban students to America for one-year study programs costing $25,000 apiece."

Or, it could have paid for nearly a million low-cost laptops for Cuban children. 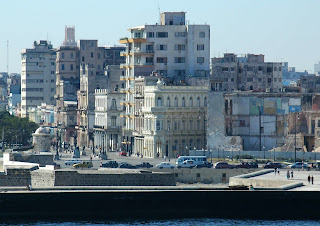 Havana: We can't see you
Peters recalled that Ronald Reagan promoted exchanges with the Soviet Union in 1984. Reagan said:

Civilized people everywhere have a stake in keeping contacts, communication, and creativity as broad, deep, and free as possible. The way governments can best promote contacts among people is by not standing in the way.

Peters' arguments are convincing. It'll be interesting to see whether the government continues funding TV Marti.
Keep in mind that the estimated $190 million is a conservative figure. Delahunt, who heads the House Subcommittee on International Organizations, Human Rights and Oversight, puts it at $500 million and questions whether U.S. taxpayers have gotten anything for their money. He told VOA News:

TV Marti does not seem to have an audience. It's a station that no one watches. So why spend all the money on it?

Whatever the cost, TV Marti is symptom of a bloated government. Once you start a program, its managers immediately looks for ways to justify its existence. They protect it. They defend it. They build armor around it.

It becomes an institution. People stop questioning whether it even works. And, even more astonishing, cutting the program begins to have political costs. It's ridiculous. It's part of the reason why our federal government is a big, fat, self-perpetuating, money-gobbling machine.

There was a time when a half billion dollars meant something. Now it's pocket change as our national debt grows by nearly $4 billion per day. 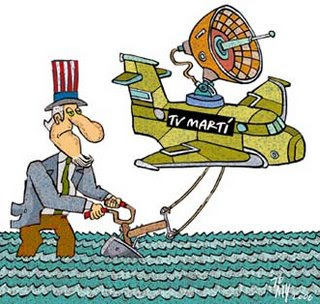 The Radio and TV Marti example is fascinating, but TV Marti more so.

It basically agreed by the US govt. and serious researchers that TV Marti has no audience, and wihout one for years. And, that's been known since the US (namely the International Broadcasting Bureau) has been doing audience surveys for TV Marti.

But, for some very odd reason, TV Marti was still able to increase its budget by $10 million in 2006 and get AeroMarti.

The main question is WHY and HOW did this happen in 2006?

Good question. It seems that a lot of people have a stake in the business of trying to force Fidel Castro from power. So it's both business and politics.