Yoani Sanchez had to buy shades 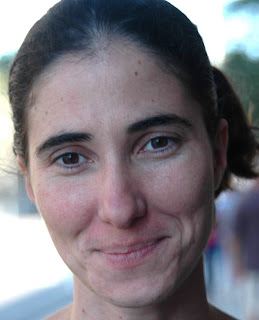 Yoani Sánchez says she started her blog, Generación Y, as an "exercise in cowardice." But Cuban authorities have learned she's not so timid.

Sánchez said she's becoming so well-known in Havana that she can hardly walk the streets anymore without someone recognizing her.

I bought sunglasses because I have serious problems with my privacy in the street. Many people approach me. People of all ages, young and old. Government supporters and non-supporters. All kinds of people. 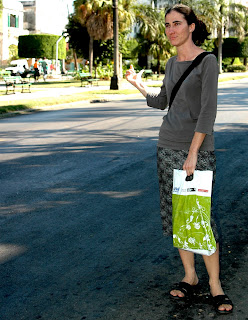 Yoani may be gaining fame, but she shows she's still a regular gal as she hitches a ride in Havana 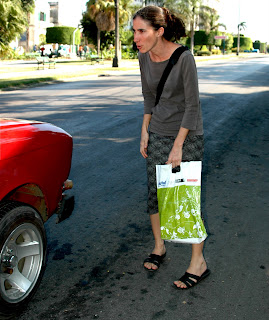 The blogger said while she's out on the streets, no one has tried to hurt her or insult her, despite her criticisms of the socialist government.

People tell me things like, ‘Keep it up.’ ‘Hang in there until the end.’ ‘I read you.’ ‘I read you, but I don’t entirely agree with you. The diversity of opinion is marvelous. 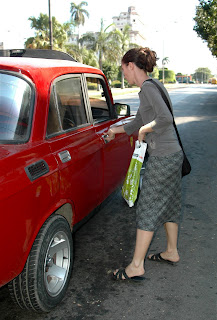 My interview with Yoani appears in the June edition of CubaNews. The full article is below, or here in a PDF. Thanks to Yoani for chatting with me at the Habana Libre Hotel in Havana, and also thanks to Ernesto Hernández Busto of Penúltimos Dias and others who gave me their perspective on blogging in Cuba. It's a fascinating topic and it's going to be with us for a while. I didn't have space for everyone's comments, but will use as many of the comments as possible in future stories and posts. 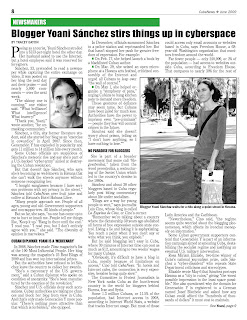 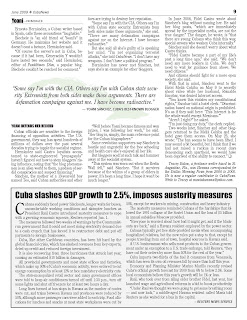 Marvelous and thank you. Regardless of whether you agree with Yoani or not, she represents many and is very valiant knowing what has happened to others that have attempted similar efforts.

Orlando - thanks for your comment.
I think it will be interesting to see how the Cuban government deals with Yoani and other bloggers in the future. As times goes on, the bloggers are carving out more and more space in the blogosphere. Still to be seen is how much space they're able to occupy in Cuban society, outside of cyberspace.