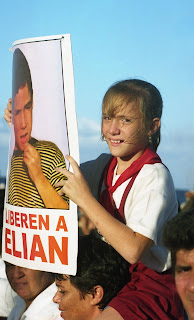 Marching along the Malecón
It's been just over nine years since shipwreck victim Elián González was returned to Cuba to live with his father, Juan Miguel González, on June 28, 2000, after a hard-fought international custody battle.
I've often wondered how Elián is doing. I spoke his father once, but could never get an interview with Elián, who will be 16 in December.
The pro-Elián marches in Havana and other cities were quite a spectacle. Here are photos from a rally in Havana and an event in Cárdenas, Elián's hometown. 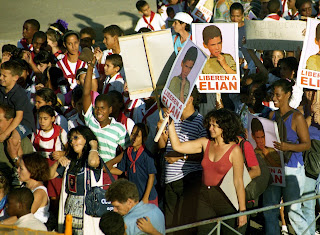 Elián's mother and 11 other people died in the voyage across the Florida Straits in November 1999. Her name was Elizabet Brotons. She and the boy's father combined their names to come up with Elián's name.
Eli - from Elizabet + an - from Juan = Elián. 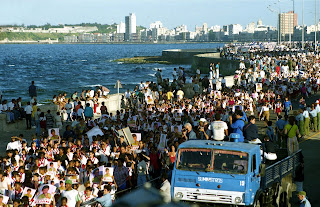 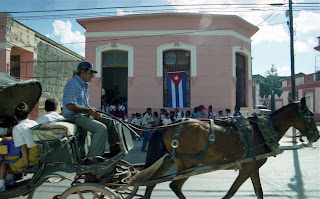 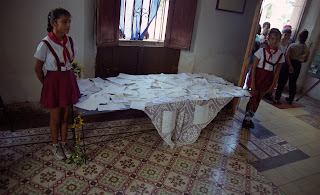 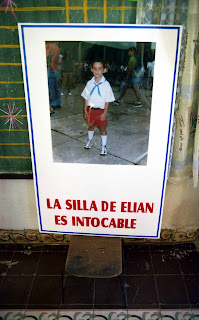 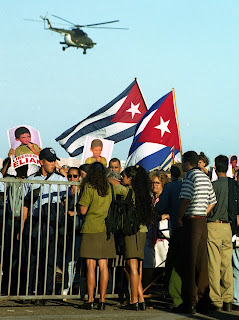 More from the Havana rally 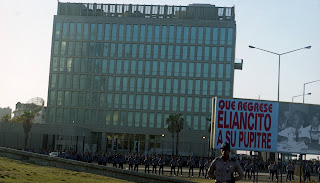 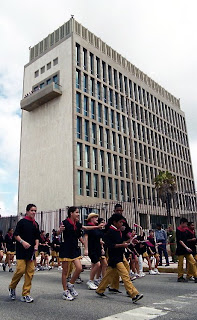 Marchers file past the Interests Section 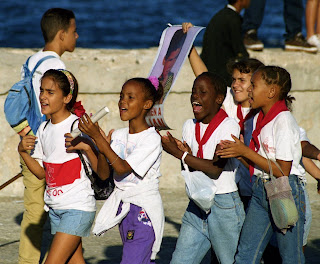 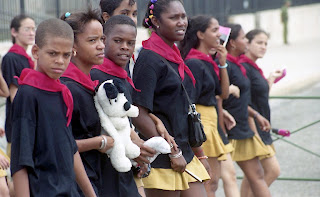 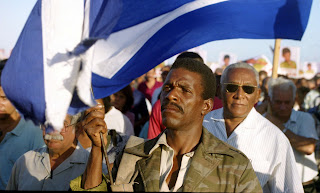