Cuba analyst to Barack Obama: Go ahead. Roll the dice 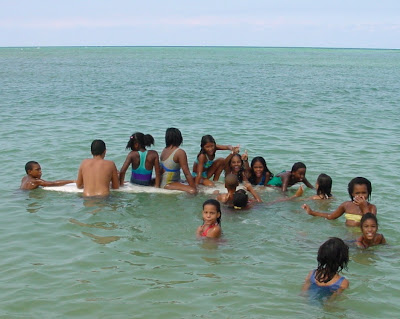 President Obama has not taken any decisive steps to veer away from Washington’s benighted, near half-century trade embargo against Cuba. By refusing to take advantage of the opportunity to reject a longstanding and morally-bankrupt policy, which has achieved very few successes and which has been based on hypocrisy, double standards, and inconsistencies, President Obama has turned his back on the possibility of a new beginning for U.S. policy towards Latin America based on constructive engagement.

If Obama is to remain a worldwide emblem of hope and change, he will have to undertake the some political risk that is necessary to break with an old paralytic habit, by ushering in a new generation of Cuban-U.S. relations.

Sophia Weeks, a research associate at the council, wrote the piece.
Posted by alongthemalecon at 6:35:00 PM