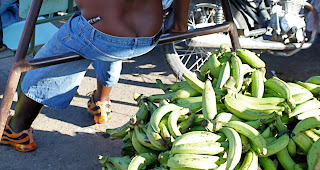 
In the past -- and I dare say at times now -- it would be fair to describe Honduras as a banana republic. 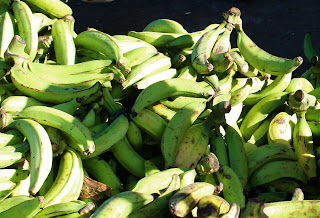 Caution: Consumption of bananas and their plantain cousins can trigger idiotic statements.

Delahunt tried to wiggle his way out of it.


Well, you don't think that -- well, let me -- let me ask you this, OK? You would not, in the past, describe Honduras and other Central American and Latin American countries as banana republics?

But the banana was out of the bag. Said Ros-Lehtinen,


No, absolutely not. And I think that's an insult to the people of Honduras.

Not knowing when to shut up, Delahunt said,

Then I dare say that you don't -- you're not that familiar with Latin America.

I applaud Delahunt for trying to pass legislation allowing all Americans to travel to Cuba. But it doesn't help the cause when he says stuff like this.
Link:
Capitol Hill Cubans, which posted a transcript of the discussion.
Posted by alongthemalecon at 1:17:00 PM