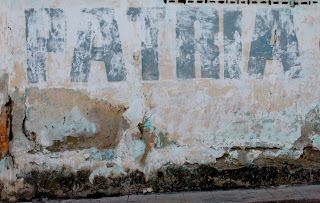 Patria = Homeland
There is "growing international recognition" that economic sanctions can backfire and hurt ordinary people, Amnesty International said in a 27-page report released Tuesday.
AI said the U.S. embargo against Cuba has prompted Cuban authorities to clamp down on non-violent dissidents and human rights activists. The report said:

The embargo has helped to undermine the enjoyment of key civil and political rights in Cuba by fuelling a climate in which fundamental rights such as freedom of association, expression and assembly are routinely denied.

AI called on Barack Obama to "take the first step towards dismantling the U.S. embargo against Cuba by not renewing the sanctions against the island under the Trading with the Enemy Act."
Under the act, the deadline to renew sanctions is Sept. 14.
Obama is likely to sign, but even if he doesn't "the Helms-Burton law would keep the sanctions in place," writes Juan Tamayo, the former foreign editor at the Miami Herald.
The AI report acknowledges that lifting the embargo is complicated. It's a many-layered beast.
Interestingly, AI completed its report without observing conditions firsthand in Cuba. Officials wouldn't let the group into the country.
Link:
Along the Malecon's Dissidents, Ladies in White page
Posted by alongthemalecon at 9:43:00 PM