Barack Obama is powerless to stop the embargo, for now 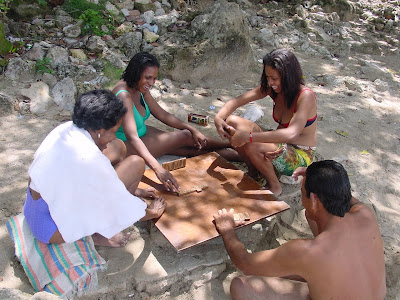 Cubans have learned to survive despite U.S. trade sanctions and other difficulties.
Ever alert, Phil Peters of the The Cuban Triangle spotted a new General Accountability Office report on the U.S. ban on trade with Cuba.
Among the main points of the report:
Unless the U.S. president determines that Cuba has a "democratically elected" government, the president has no authority to end the embargo.
A senior Cuban official told me as much during my last visit to the island. He said,

There's very little Obama can do. Congress has more influence than the president on this issue.

Barack Obama can stop the embargo "only if Congress were to amend or repeal" the Cuban Liberty and Democratic Solidarity (LIBERTAD) Act of 1996 "and various other embargo-related statutes..." the GAO said.
These other statutes include:

Obama, however, can "further ease regulatory restrictions" on travel, remittances, gift parcels, and trade with Cuba.
For instance, the president can authorize "freelance journalists, professional researchers, and full-time students" to travel to Cuba without asking U.S. authorities for permission, the GAO report said.
Once the president decides that Cuba has adopted a "democratically elected" government, he's required under the LIBERTAD law to "take steps to end the embargo."
Posted by alongthemalecon at 10:53:00 PM