Brazen blogger to Cuban official: "The future is ours" 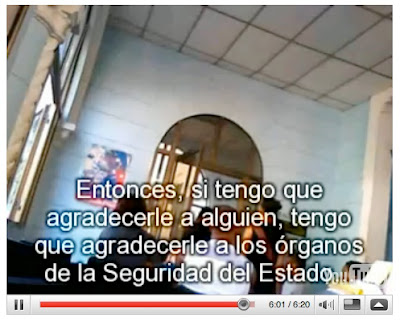 On Wednesday, Cuban authorities this week refused to let Yoani Sanchez leave Cuba to pick up a Maria Moors Cabot Prize at Columbia University in New York. Today, the Cuban blogger posted a YouTube video and audio recording taken at the immigration office in Havana.

Sanchez tells the immigration official there are no charges against her in Cuba, she knows no state secrets and she's just a 110-pound woman. So why, she asks, can't she leave?
Because she's not allowed to travel, the official told her.
Why? Sanchez asked.
Because, the official said. 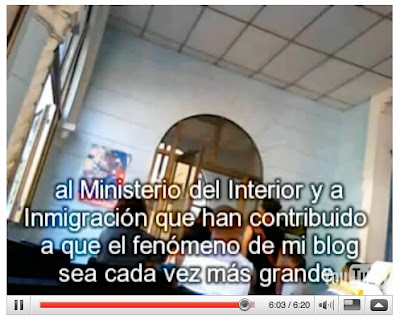 The first 1 minute and 45 seconds or so of the video shows Sanchez, 34, entering the immigration office, inquiring about her case and waiting to be called.
After she is told she can't travel, Sanchez proceeds to rip into the immigration official for the next four and a half minutes.
The female official tells Sanchez she can't travel, well, because she can't.
Sanchez demands to talk to the person who made the decision and asks for an explanation. She said the government is violating her rights to leave and enter her own country.
The blogger says that she'll tell her grandchildren that once upon a time she was prohibited from leaving her country and they won't believe her.
Before leaving, Sanchez throws in some sarcasm, thanking immigration and security officials for making her blog so popular. 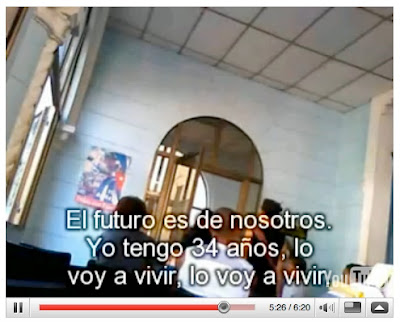 Sanchez tells the immigration official: "The future is ours."
I would imagine that Cuban officials have strategy sessions to try to figure out how to deal with Yoani Sanchez. The blogger puts officials in a untenable spot because it is difficult to defend restrictions on freedom of movement.
I'd argue that U.S. economic sanctions against Cuba are also difficult to defend, but that's another story.
Link:
Along the Malecon's Yoani & other bloggers page
Posted by alongthemalecon at 9:01:00 PM