Cuban agent is smart, teaches English and stays out of trouble, document says 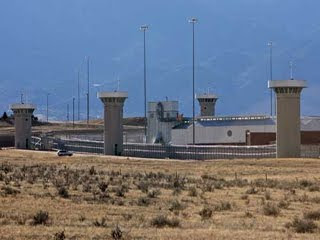 Documents filed on Oct. 8 in U.S. District Court in Miami provide new information about Antonio Guerrero, one of the five Cuban agents now jailed in the United States.
While at a federal prison in Colorado, he has been teaching English to Spanish-speaking inmates. John Bellantoni, the prison's education department supervisor, wrote:

He is a very intelligent individual who has used his abilities in a positive way while incarcerated by tutoring many students over the past six years.

On February 20, 2009, jail officials in Colorado requested that Guerrero be allowed to move to a medium-security prison. A request signed by the warden said Guerrero:

... has maintained clear conduct...has not received a disciplinary infraction...

Federal officials rejected the request. But Guerrero believes he might be able to move if his sentence is reduced from life to 20 years.

Additional background about the convicted agent is below, including details about Guerrero's father, who played professional baseball in Texas.

From a court document filed by Guerrero's lawyer, Leonard Weinglass:

Antonio Guerrero is the younger of two children born to Cuban parents. In approximately 1950, years before the Cuban Revolution, major league baseball scouts came to Cuba and signed Antonio’s father to a baseball contract. His father played in the Texas league, beginning in 1952, and when the first season ended, he returned to Cuba, married Antonio’s mother, and brought her back for his second season.

Antonio’s older sister was born in Texas in 1954 and his father played baseball until he was injured and released by the San Antonio Colts in 1957. The family then moved to Miami, where Antonio was born in October of the following year.

Since coming to the United States, the Guerrero family had returned to Cuba for the holidays and whenever Antonio’s father was not playing baseball. Such was the case during the Christmas holidays, 1958. However, the Cuban Revolution was complete on January 1, 1959, when Batista fled Cuba among the fighting. Antonio’s paternal grandfather then found his (Antonio’s) father a job in the cigar factory where he had worked for years, and the Guerrero family decided to stay in Cuba. Antonio was still an infant.

Continue reading here.
Link:
Along the Malecon's Spy vs. spy page
Posted by alongthemalecon at 12:15:00 PM