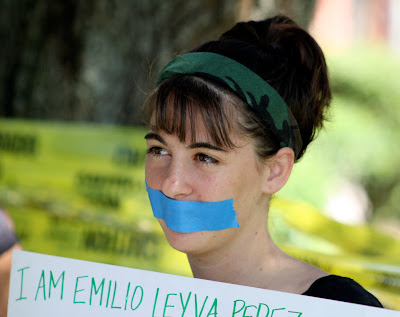 A student carries a sign in recognition of Emilio Leyva Perez, a Cuban human rights activist

Student journalists at Flagler College in St. Augustine, Fla., offered free pizza to fellow students who agreed to sign away such basic rights as freedom of speech and freedom of expression.
Members of the student chapter of the Society of Professional Journalists, or SPJ, organized the First Amendment Free Food Festival.
Students said the goal was to highlight the importance of the First Amendment. 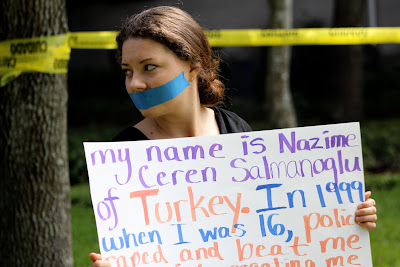 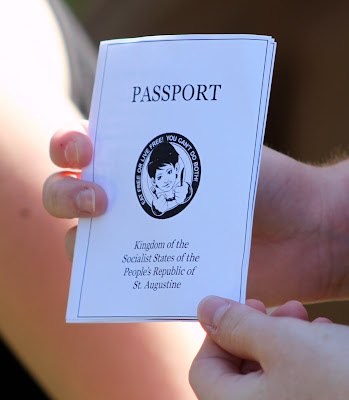 Passport of the Kingdom of Socialist States
Students who took part were given passports marked "Kingdom of the Socialist States of the People's Republic of St. Augustine."
If they misbehaved, their passports were confiscated and they were forced to sit in a mock jail. 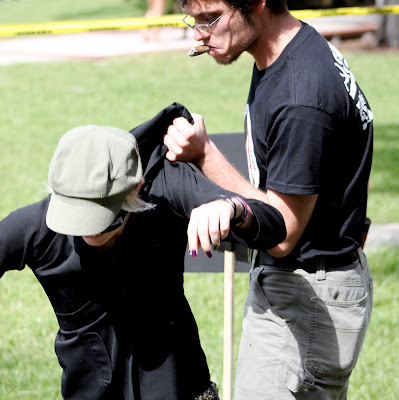 Some students put tape over their mouths and stood in silence in tribute to journalists and pro-democracy activists in Cuba, Turkey, the Sudan and other nations that have been accused of human rights violations.
One student carried a sign representing Emilio Leyva Perez, who has served jail time in Cuba for dissident activities. 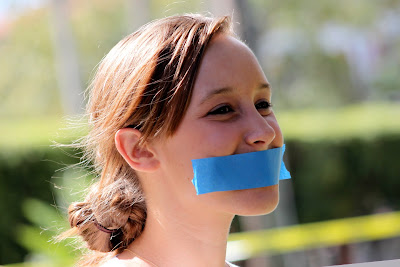 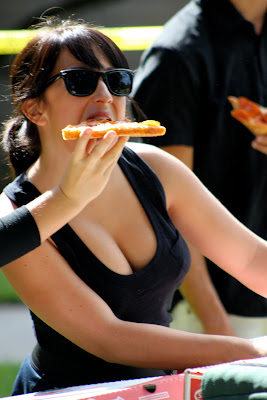 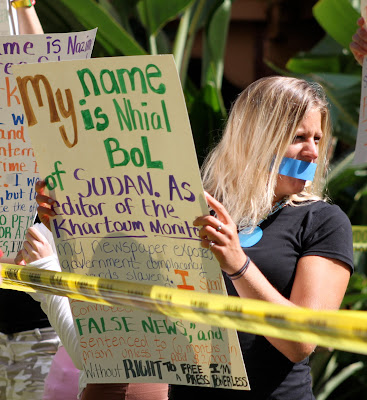 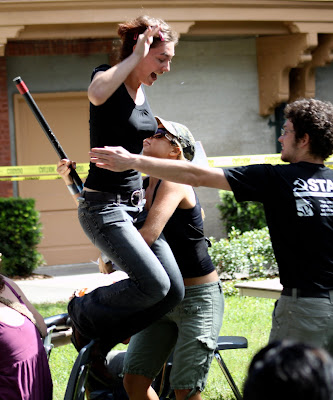 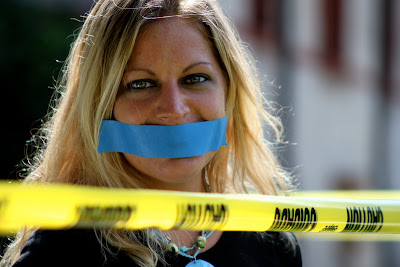 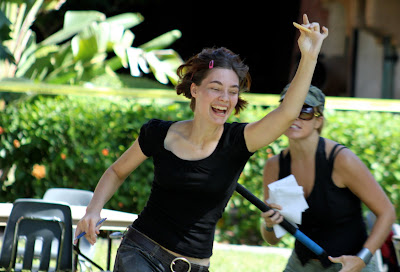 A student "rebel" runs off with a cookie and a police "agent" chases her. 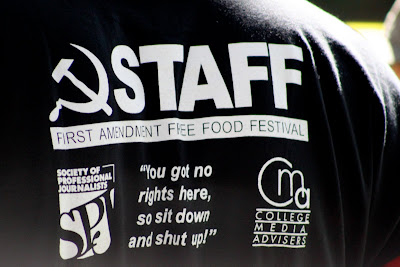 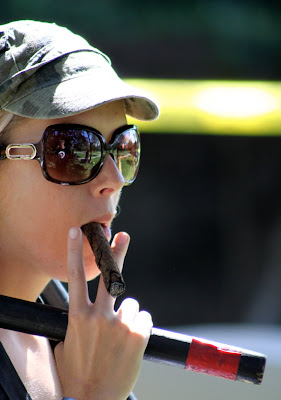 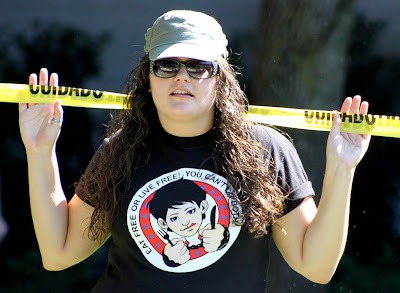 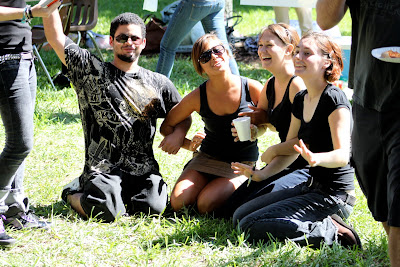 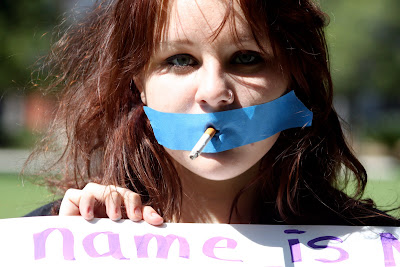