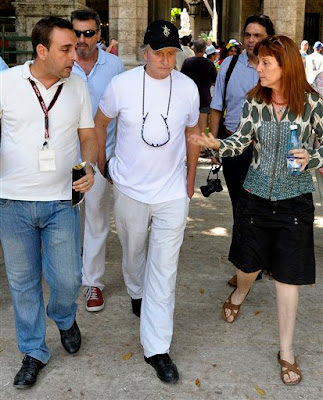 Little was known about Douglas' plans for his four days in Cuba, but he was accompanied on his walk through Havana's old quarter by Patricia Rodriguez, an official at the city historian's office.
Among the sites he toured was a state-run tobacco shop, where employees showed the actor the finer points of rolling a Cuban cigar.