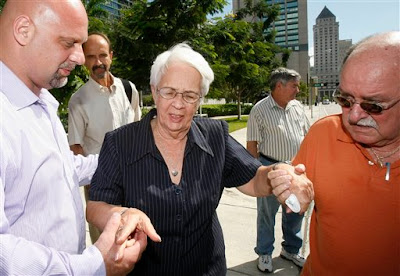 Mirta Rodriguez, the mother of Antonio Guerrero, was among those arriving for the resentencing of the Cuban agent. Rodriguez arrived from Havana. Photo credit: Alan Diaz/Associated Press

Also attending Tuesday's proceedings was Mirta Costa, whose son and three other Cuban exiles were killed when Cuban fighter jets shot down two Brothers to the Rescue planes near the island in 1996.
Brothers to the Rescue is a pro-democracy group that opposes Cuba's socialist government. Costa told the AP that she agreed with the judge's sentencing of Guerrero. She said:

I feel sorry for his mother, but those were crimes that were very serious and very big, and they destroyed families. 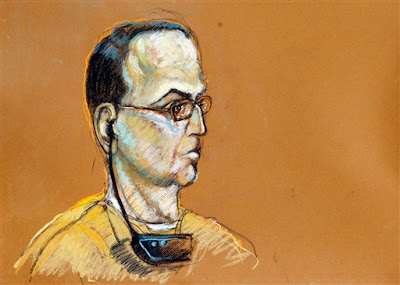 Link:
Along the Malecon's Spy vs. spy page
Posted by alongthemalecon at 6:36:00 PM