No choice but to party 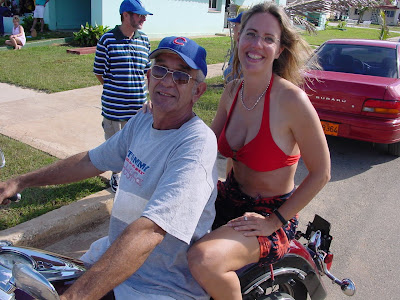 Laurie Goering and Pedro, then the driver/jack-of-all-trades in the Tribune's office.

In September 2000, then-Foreign Minister Felipe Perez Roque announced that the Dallas Morning News and the Chicago Tribune would be allowed to operate news bureaus in Cuba. It was an exciting time. The newspapers were the first to be allowed back in Cuba since the 1959 revolution.
I opened the Morning News bureau and Laurie Goering launched the Tribune's office. But after a little more than a year on the island, Laurie said she was leaving to take on another great assignment - bureau chief for the Tribune's office in Johannesburg.
The news was sudden and unexpected, and I was sad to see Laurie go. She was well-liked in Havana. Laurie is one of those rare types - she's both talented and genuinely nice. And hearing of her departure, there was only one choice: A party.
Here are photos from the bash, which we held on Feb. 2, 2002, at the house I rented in Tarara, about 12 miles east of Havana. 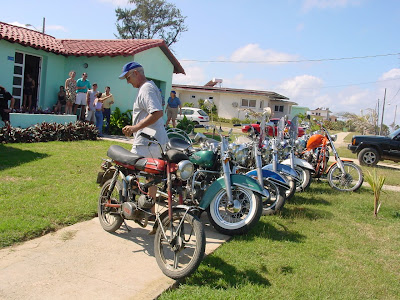 I invited some Cuban friends, several of whom ride motorcycles, including vintage Harley-Davidson motorcycles. 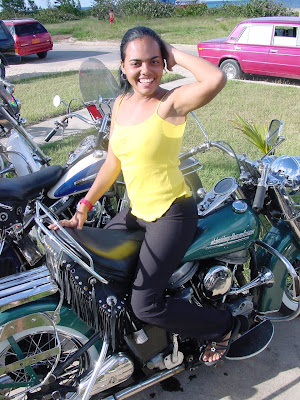 One of the partygoers poses on a Harley 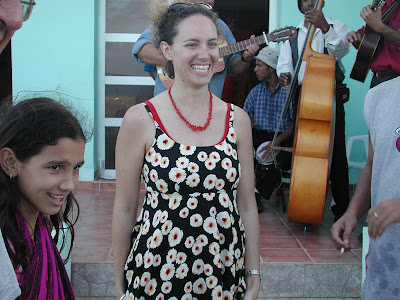 This is Vanessa Bauza, the Havana correspondent for the South Florida Sun-Sentinel, which is also a Tribune company. She is another class act from the Tribune and has since left the company to pursue other things. 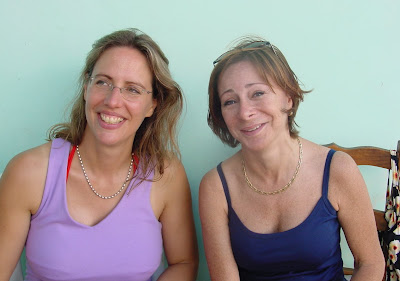 Laurie enjoys the fest with Lucia Newman, then the Havana bureau chief for CNN. Lucia later left CNN to work as a correspondent for Al Jazeera. 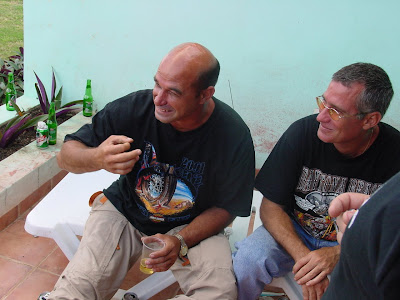 Here are two Harley friends who are also amazing motorcycle mechanics. They are Eladio Castillo, left, and Julio Palmero. 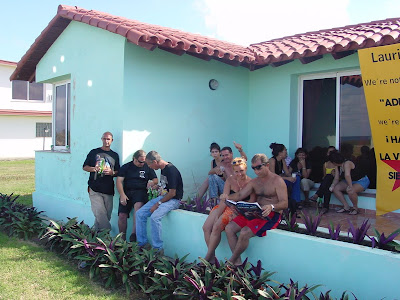 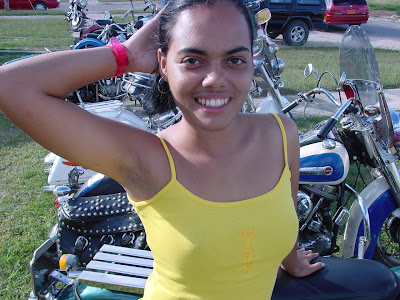 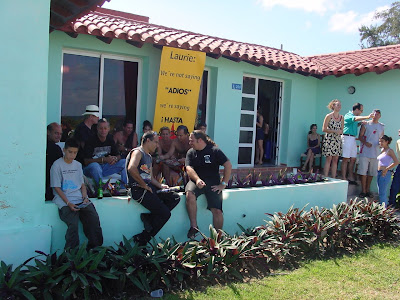