No cruise for Yoani 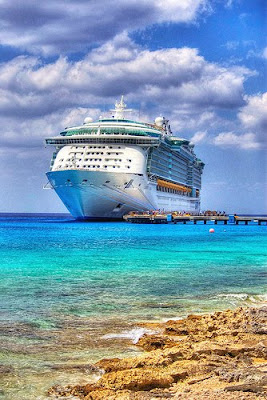 Liberty of the Seas
Photo credit: Flickr
The Pan American Development Foundation today plans to honor Yoani Sanchez and four others. Sanchez won't be at the Heroes of the Hemisphere ceremony in Miami, according to the blog, Uncommon Sense.
Among those scheduled to speak:

Several celebrities are also expected, including:

The festivities will take place on a cruise ship, Liberty of the Seas. Info on the five winners - Sanchez along with two Colombians, a Haitian and a Salvadoran. - is here.
Link:
Along the Malecon's Yoani & other bloggers page
Posted by alongthemalecon at 12:21:00 PM