Skimpy red bikinis, party girls and even a few transvestites 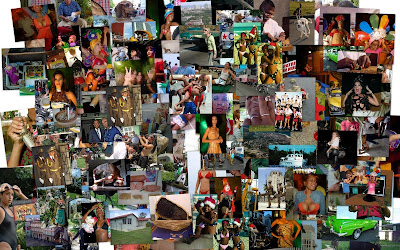 Google's Picasa 3 software makes it easy to create photo collages, giving me yet another excuse to waste time and avoid real work. 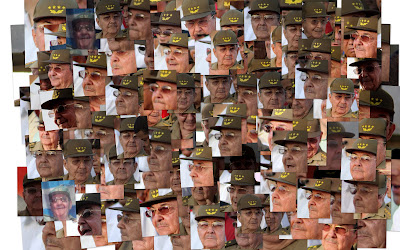 I also made a college of Raul Castro photos, prompting one Cuban to ask, "Why would do something like that?"

Oh, well. Whatever photos you choose, it's worth experimenting with the Picasa software. 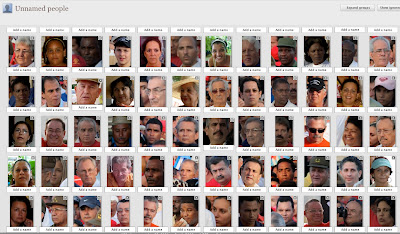 Faces in a crowd
Picasa detected more than 4,000 individuals in the photos in my Picasa albums. I identified more than 1,000 this morning. I've got many more to study.
Some photos are crowd shots and there's no way I'll ever identify all the people in those pictures. Other figures are important people in the Cuban government. I should have an easier time identifying them.
One of Picasa's most intriguing features is its face-recognition capability. I've been tagging the photos with names. Picasa then automatically groups them into albums. It makes mistakes sometimes and you have fix those, but the software works pretty well.
It's tedious and time-consuming to add the names, but it will make it a lot easier for me - and others - to quickly find photos of people.
I have more than 3,100 photos in my Picasa albums. Most are public albums so anyone can see them. Some are private because they are connected to ongoing journalism projects that haven't been published yet.
In all, 2,400 to 2,500 of the photos are related to Cuba.
I've also begun tagging photos on my computer. Picasa automatically syncs those photos with the ones in the Picasa albums. 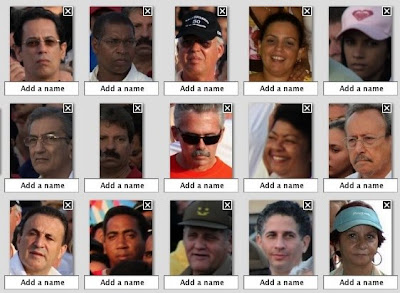 This doesn't solve all my photo organization problems. I have tens of thousands of photos that aren't catalogued or organized.
Adding to my troubles, I'm a photo pack rat. For a long time, I saved almost everything, even bad photos - and I have huge numbers of those. But I don't have endless storage space, so I'm gradually getting my photos tagged and organized and then I'll go through them and delete, delete, delete.
It'll take a while, I'm sure. I don't immediately recognize everyone in my pictures, so I need to try to get them identified.
Picasa is sometimes a little too good because it picks out hundreds of faces in crowds, then asks you to tag those pictures.
I recognize some of the important government and military officials. Many others I need to look up.
It's a work in progress.
Posted by alongthemalecon at 1:26:00 PM

yes,
really a good posts with a lot of good content ..
Nice college galls free dating services http://tringuladating.com/ a dating services providing site where you can registered for free and can send the dating proposals for the singles like you looking for a dating partners