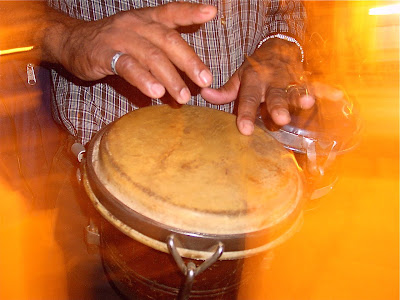 Drumbeat of criticism
The United Nations is expected to vote today to condemn U.S. sanctions against Cuba. Last year's vote was 185-3. Expect something similar this time around.
Sarah Stephens, executive director for the Center for Democracy in the Americas, says this year's vote has special significance because it's the first on Barack Obama's watch. She writes in the Havana Note that even U.S. allies oppose the embargo.

The Secretary-General has prepared a public report that catalogues what UN members and UN organizations say about the embargo.

This document is a powerful reminder that the U.S. embargo is viewed internationally with great seriousness and in ways that are deeply damaging to U.S. interests and our image overseas.

Lest anyone think this policy is only provocative to nations in the non-aligned world, its opponents include Australia, Brazil, China, Colombia, Egypt, the European Union, India, Japan, Mexico, Pakistan, the Philippines, and Russia.

Jorge Bolaños, head of the Cuban Interests Section in Washington D.C., said the embargo hurts ordinary Cubans all over the island.

The embargo affects the everyday life of Cubans; of children, women, of the elderly, and men. There are no economic or social sectors where the blockade does not have an adverse impact.

The two-page U.N. draft resolution recalls that member nations have spoken out against the "unilateral application of economic and trade measures by one State against another..." And it reminds them that the U.S. Helms-Burton law has "extraterritorial effects of which affect the sovereignty of other States."
Supporters of economic sanctions against Cuba say the embargo is working. It's weakening the socialist government and should not be lifted, they say.
Posted by alongthemalecon at 5:11:00 AM