Cuban chicken has a lot to squawk about 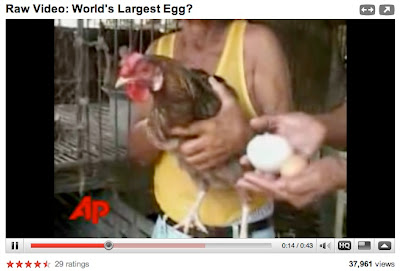 Credit: Associated Press video on YouTube
In case you missed the news the first time around, a 1-year-old hen in Cuba laid a giant egg. National Geographic News reported: 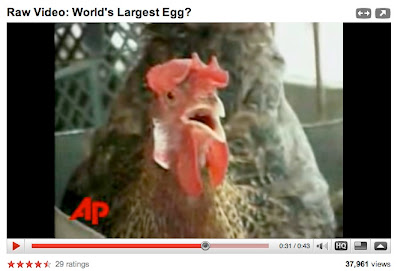 The chicken's owner, Estela Guerra, said she thought it could be the world's biggest chicken egg.

Everyone is amazed at how large it is.

Geez, I guess so. Poor hen. 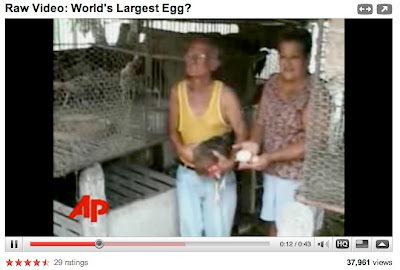 Link:
Along the Malecon's Offbeat, wild side, counterculture & youth page
Posted by alongthemalecon at 7:31:00 PM