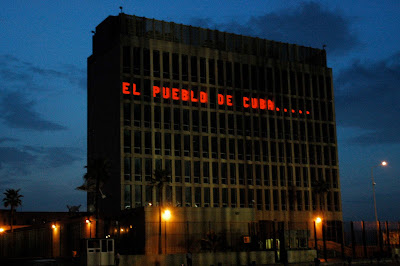 In case you ever wondered what the U.S. Interests Section's old electronic message board looked like, here are a few pictures of it. 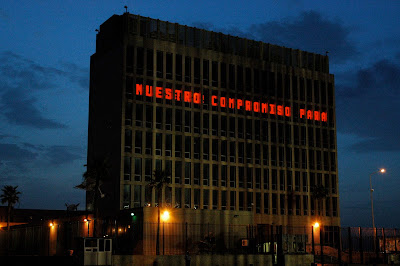 In this sequence, the message began:
"People of Cuba, our commitment to a government of transition..."
The message continued, giving assurances to the Cuban people that in the post-Castro era, the U.S. government would not take away such benefits as free schooling and universal health care in Cuba. 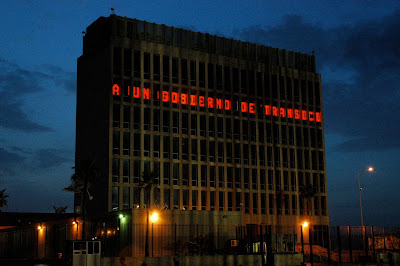 U.S. officials operated the message board from January 2006 to July 2009, the Voice of America said in this report. In response, Cuban authorities put up a field of flags to block view of the board. 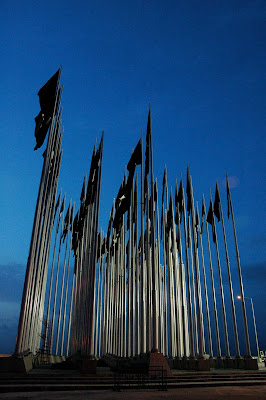 Many of the electronic messages spoke of human rights and democracy, but others simply passed along the latest news about such baseball teams as the Houston Astros. 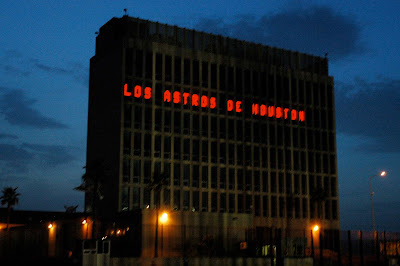 The tone of some U.S. outreach efforts has changed since Barack Obama took office. One example of the Interests Section's approach: A photo contest entitled "What I like best about my neighborhood."