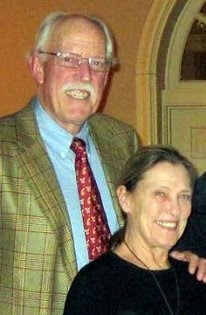 When they were free
Walter Kendall Myers, a former State Department employee also known as Agent 202, pleaded guilty to conspiracy to commit espionage and other charges as part of a plea deal today. He'll get life in prison.
Prosecutors said the 72-year-old agreed to cooperate in U.S. investigations of criminal and intelligence activity.
His wife, Gwendolyn Steingraber Myers, 71, also agreed to cooperate with U.S. authorities. She pleaded guilty to one conspiracy count and agreed to a jail sentence of no more than seven and a half years, Bloomberg reported.
Assistant U.S. Attorney General David Kris said:

For the past thirty years, this couple betrayed America’s trust by covertly providing classified national defense information to the Cuban government. Today, they are being held accountable for their actions.

Kendall Myers must also pay $1,735,054, according to a court document filed today. Federal authorities will seize the couple's Washington apartment, their money, car and 37-foot yacht to pay the debt.
Before his arrest, Myers had told an undercover officer that he spied on behalf of Cuba for ideological reasons. You'd think that a man with such strong convictions would have preferred to go to trial so he'd have a platform to air his views.
Instead, his case came to a quiet, anticlimactic end.
Link:
Along the Malecon's Spy vs. spy page
Posted by alongthemalecon at 8:18:00 PM

He agreed to the plea to spare his wife. He got life, she'll get 7 years.

She would have gotten the max if he'd gone to trial as well. Carrot and stick.

He's falling on the sword for the wife. That makes sense.