Ramiro Valdes is a member of Raul Castro's inner circle 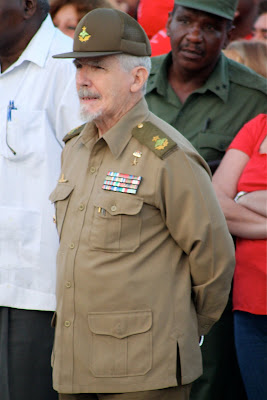 Yoani Sanchez and other Cuban bloggers have become more confrontational in recent months as they demand change from the socialist government.
An important figure likely working behind the scenes to keep the bloggers in check is hardliner Ramiro Valdes, one of the original commanders of the Cuban revolution.
Valdes, named a vice president of the Cabinet earlier this year, is a former communication minister.
He has called the Internet one of America's "tools for global extermination." It is "the wild colt of new technologies" and it "can and must be controlled," he has said.
Valdes, nicknamed Ramirito, was a "key player in crushing Cuba's counterrevolution by the mid-1960s, and all other subversive activities in the late '60s and early '70s," according to former Cuban intelligence officer Domingo Amuchastegui.
Valdes was also a major player in three crucial moments of the Cuban revolution: He took part in the 1953 attack on the Moncada barracks, marking the start of the revolution. He was among the exiled Cuban rebels who returned to the island on a yacht known as Granma in 1956. And he was with the insurgents as they fought their way from the Oriente in eastern Cuba to the central province of Las Villas, Amuchastegui wrote in CubaNews. 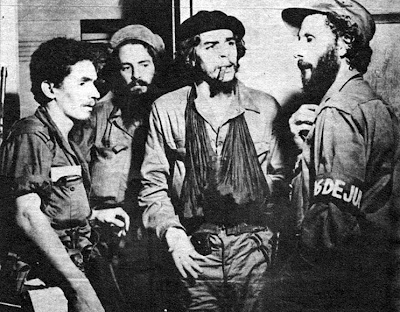 Valdes is at left in the black-and-white photo. I don't know who took this picture. I shot the color picture, top, in July 2009.