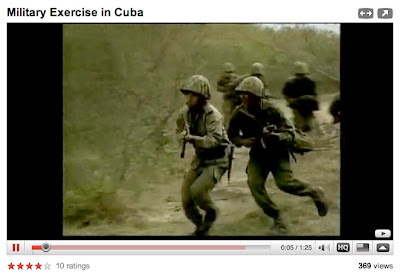 Barack Obama promised a new beginning in U.S.-Cuba relations. Cuban leaders aren't convinced the U.S. has given up trying to topple the socialist government and are carrying out large-scale military exercises this week.
The Bastion military exercises began in 1980 and have been held in 1983, 1986 and 2004, according to CUBAPOLIDATA, a blog dedicated to Cuba's military and political affairs.
The best way to avoid war is to be prepared for it, Division Gen. Leonardo Andollo said during a Cuban television program explaining the military exercises.
Or, as Raul Castro has put it:

It's better to spill rivers of sweat than rivers of blood.

The exercises end Saturday, just before National Day of Defense on Sunday. 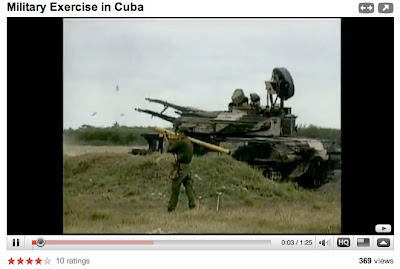 U.S. government policy toward Cuba is to promote regime change and American officials are spending tens of millions of dollars toward that end. But I don't believe U.S. military forces have any intention of invading Cuba.
Cuban officials, I suspect, want ordinary people to think that an American invasion is a real possibility. That makes it easier for them to whip up nationalistic support and distract people from their daily troubles. 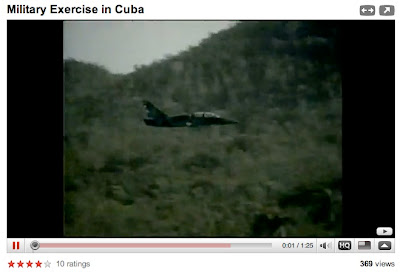 Link:
Along the Malecon's Raul Castro, military & domestic affairs page
Posted by alongthemalecon at 10:42:00 AM