one among thousands: A musician's bittersweet return to Cuba 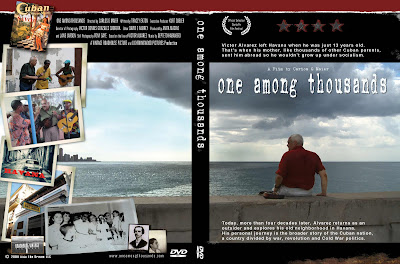 one among thousands trailer on YouTube
A documentary about a Cuban-American musician who goes back to Cuba to rediscover his past premiered Monday night in Santa Fe, N.M.

Carlos G. Maier, who directed one among thousands, called me last night to say that the 210-seat auditorium was packed.
"I'm overwhelmed," Maier said.
The 78-minute movie is an official selection of the Santa Fe Film Festival, which runs from Dec. 2 to Dec. 6. 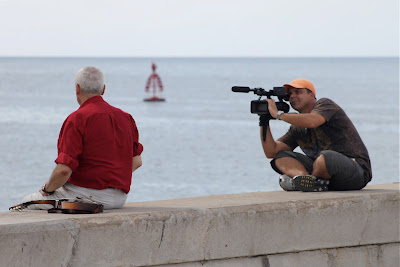 Alvarez sits along the Malecón
Victor Alvarez, at left, is the musician who went back to Cuba after 43 years. He left Havana as a child in 1966. His mother sent him abroad because she didn't want him growing up in a socialist country.
At right, above, is Victor Dennis Gonzalez, a veteran Cuban cameraman who was the film's director of photography. 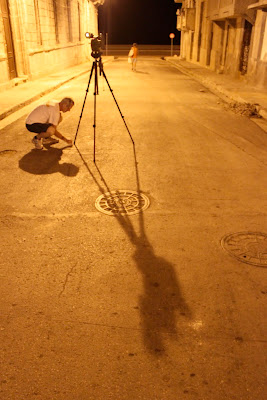 Sunrise
Maier, a German-American, is an independent filmmaker in Santa Fe. Above, he removes a pebble from the street where he was going to shoot a time-lapse sequence at sunrise. 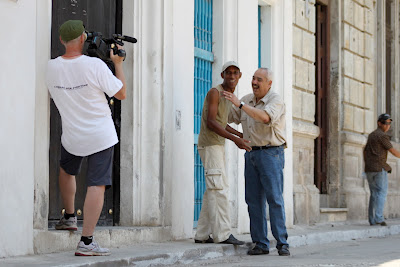 While in Havana, Alvarez saw childhood friends he hadn't seen in more than four decades. 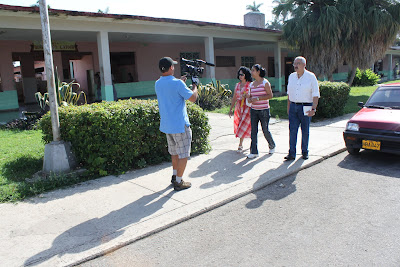 Alvarez visited the Psychiatric Hospital of Havana, where his uncle, Edmundo Gutiérrez Agramonte, was a doctor. 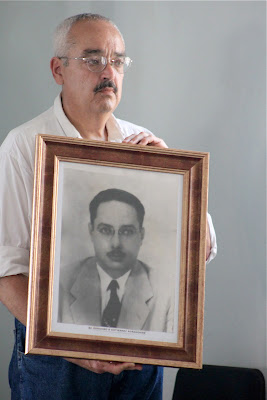 Alvarez, above, holds a photo of Gutiérrez Agramonte, who was editor of the hospital's magazine until retiring in 1995. 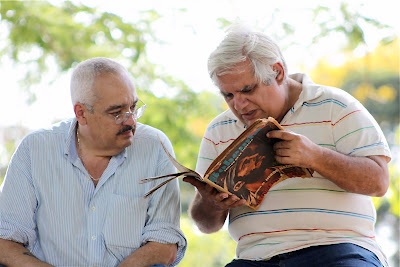 Pedro Garcia, above right, scans the pages of a 50-year-old issue of Bohemia magazine

Alvarez met with Cuban historian Pedro Garcia to try to learn more about the death of his father, Victor Maximilliano Alvarez.
The father, a supporter of the Cuban revolution, was murdered while Fulgencio Batista was still in power in 1959. His family believes it was a political killing. During the movie, Garcia took Alvarez to a spot where many Castro supporters were tortured and killed. 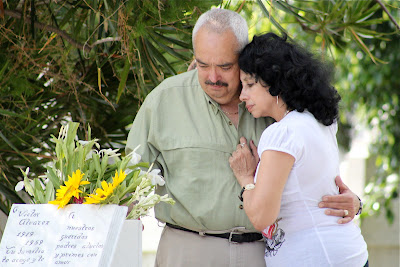 Alvarez and his cousin, Ofelia Gutierrez, went to Havana's Cristóbal Colón Cemetery and mourned the death of his father. After the emotional cemetery visit, Alvarez and some of those in the film crew had a quick hit of Cuban rum. 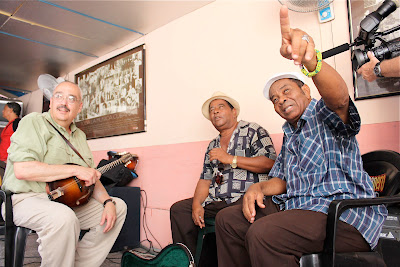 Alvarez leads a Santa Fe band called Savor. While in Cuba, he went to the recording studio where the Buena Vista Social Club music was recorded and he played with members of a legendary Cuban band called Septeto Habanero. 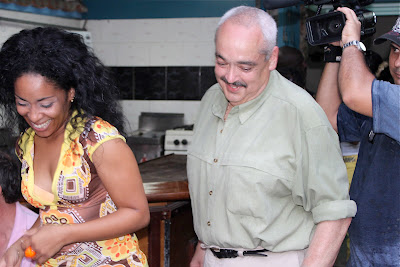 Cuban singer Osdalgia Lesmes, left, also took to the stage. She has a beautiful voice. 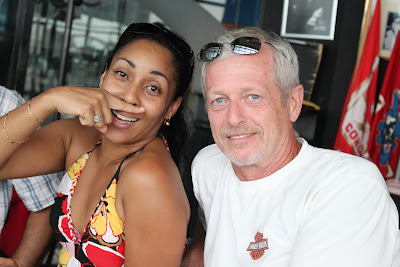 Here Osdalgia clowns around with Maier, the director. Some of Osdalgia's music is included in the movie. 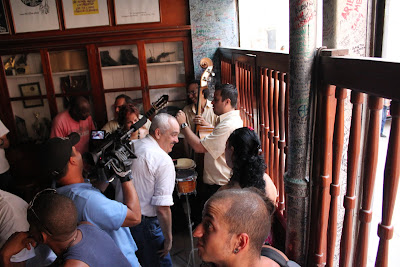 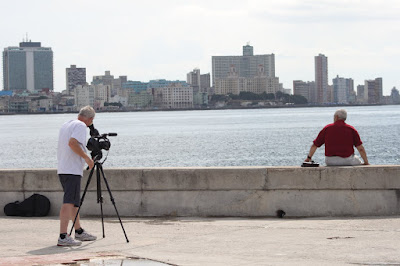 Maier, left, films Alvarez along the Malecón.
Maier said some people were moved to tears during Monday night's screening and applauded Alvarez at the end of the film.
Alvarez attended the premier along with such figures as Stewart Ashman, secretary of the New Mexico Department of Cultural Affairs. Ashman was raised in Cuba and settled in the U.S. with his family in 1960, according to a 2003 press release.
Maier said there may be another screening of one among thousands later this week to accommodate people who were turned away at the door.
Link:
August 2009 interview with Alvarez
Posted by alongthemalecon at 5:59:00 AM