CIA in 1962: "The Cuban people feel helpless and are losing hope fast" 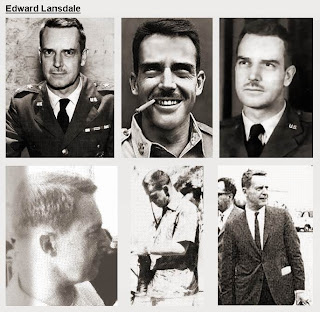 Edward Lansdale.
Forty-eight years ago, CIA counterinsurgency specialist Edward Lansdale presented Operation Mongoose, a program of political warfare, intelligence gathering and sabotage.
Lansdale detailed his plan in a top secret Feb. 20, 1962, document. The goal was to trigger an anti-Castro revolt in Cuba by October 1962.
The document is interesting because it reveals the CIA's mindset at the time. It reads, in part:


Time is running against us. The Cuban people feel helpless and are losing hope fast. They need symbols of inside resistance and of outside interest soon. They need something they can join with the hope of starting to work surely towards the overthrow of the regime.

Americans once ran a successful revolution. It was run from within, and succeeded because there was timely and strong political, economic, and military help by nations outside who supported our cause. Using this same concept of revolution from within, we must now help the Cuban people to stamp out tyranny and gain their liberty.

A vital decision, still to be made, is on the use of open U.S. force to aid the Cuban people in winning their liberty.

When the popular movement is holding meaningful territory in Cuba, it should form a provisional government. This should permit open Latin American and U.S. help, if requested and necessary. A military government situation will exist for the initial period and we must insist upon realism in this interim period preceding reasonable civilian control.

Operation Mongoose also called for psychological warfare that would "create atmosphere of a 'crusade' for human liberty" and "set the deeply moving tone and motivating force for the liberation of Cuba."

Excerpts from the document:


This means maximum use of spiritual appeal (such as the prayer for Cuba by Bishop Boja Masvidal who has a genuine Cuban revolutionary background), recapturing the ideal of Marti by taking use of his memory away from the Communists (even to issue of commemorative U.S. stamp), and popularizing songs by commercial recordings. (USIA and CIA responsibility.)

CONSIDERATIONS: Mrs. Kennedy would be especially effective in visiting children refugees. (One camp near Miami has about 1,000 children who came out without their parents.) Her impact upon Latin Americans on the recent Presidential visit to Venezuela and Colombia suggests this. (USIA responsibility.)

PURPOSE: To demonstrate Cuban regime's failure to live up to promises of original 26th of July movement.