A correspondent's life: What the heck was I complaining about? 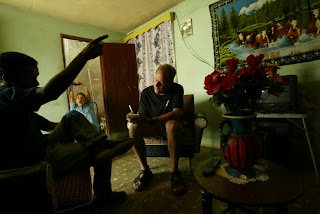 At work in standard uniform - shorts and sandals
Two former correspondents in Cuba have written books about their experiences on the island.
Isabel García-Zarza, a former reporter for Reuters, wrote La Casa de Cristal - Diario de una corresponsal en La Habana. (House of Glass - Diary of a correspondent in Havana). And Vicente Botín, who worked as a journalist for Televisión Española in Cuba, wrote the second book, Los Funerales de Castro. (Castro's Funerals).
I was in Miami a few weeks ago and saw La Casa de Cristal at Ediciones Universal, a bookstore on Calle Ocho. I flipped through it and wanted to buy it. Then I saw the price: $49.99. And I decided that was too much for a 210-page paperback.
I wanted to read the Botín book, too, but it was $49.
Geez, what happened to decent book prices?
Anyway, I wound up buying a wonderful, fat, colorful 256-page book called Havana Before Castro by Peter Moruzzi. And it only set me back $30.
But back to the two new books, out at the end of 2009. Juan Tamayo, former foreign editor at the Miami Herald, just wrote a story about them and, more generally, what it's like to work as a correspondent in Cuba.
His story, in Spanish in the Feb. 21 issue of El Nuevo Herald and in English in the Feb. 28 issue of the Miami Herald, brought back memories of my time in Cuba.
I started traveling to the island in 1994 and was based on the island from 2000 to early 2005. People often ask me what it was like. I can tell you this: I didn't want to leave.
I grumbled about the obstacles that foreign correspondents face in Cuba. I complained about the pressures I felt in a country where the government controls most of the press.
I sometimes vented while visiting my boss at the Dallas Morning News in Texas. He was sympathetic to a point. But then he'd shake his head, smile, look me in the eye and ask:


Just what the heck are you complaining about, son?

I mean, I wasn't chained to a desk. I wore shorts and sandals almost everywhere I went. I rarely had to wrap a tie around my neck. I lived near the beach, practically on it. People were friendly. The climate was fabulous. There was very little crime. I had a dream job. That was all true.
So what was I complaining about? 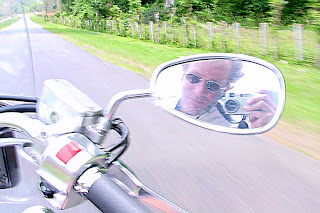 Don't crash. That would be embarrassing.
Officials at Cuba's Foreign Ministry asked similar questions in 2003 when Reporters Without Borders published a report called, "Foreign Journalists Under the Regime's Microscope." (PDF is here).
The 17-page report was based on interviews with seven correspondents from "French and British news agencies, four from French, British and Spanish newspapers and a correspondent for the Spanish TV station TVE. The report said:


Getting the simplest official information is much like going into battle, they said. The obsessively secret and distrustful regime is very anxious to closely monitor all information destined for Cubans and people abroad. And relying on third-hand sources, after laborious cross-checking, exposes journalists to the risk of being used or else endangers those who agree to talk to reporters, even anonymously.

On a personal level, working in Cuba was considered trying, to say the least. The regime, in its great concern about its foreign image, uses an array of continual and carefully graded psychological pressures, ranging from mild rebukes about a story to being summoned by the authorities and even denunciation in the official media. The drastic step of expulsion from the country has become rarer in recent years with a stricter visa policy that makes it less necessary. The constant police surveillance, though fairly discreet, extends to journalists' private lives and pushes even the sturdiest people to the brink of paranoia and schizophrenia.

To do their job according to normal journalistic rules, foreign reporters in Havana - especially those working for news agencies - have to play a cat-and-mouse game within ever-changing parameters, including the regime's moods, the international situation and other not always evident factors. But some things never change, as the experiences related here show.

Cuban officials criticized the Reporters Without Borders report and said it was inaccurate and politically motivated.
I remember one Cuban official telling me something like:


Well, I don't see any of the foreign correspondents leaving. It must not be all that bad.

And it wasn't. But we're all human. And sometimes people just have to complain. 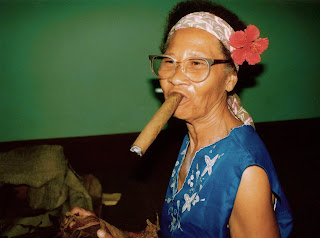 Cuban hospitality
It's hard to describe in a few sentences or paragraphs what it's like to work in Cuba. Juan Tamayo called me while reporting his story. He asked if reporters censor themselves in Cuba. I told him that they do. I admitted I sometimes practiced self-censorship myself. There were times when I held back because I worried about possible repercussions.
Times have changed since then, I think. Self-censorship still exists, for sure. But people in Cuba talk more openly now about ideas and topics that were politically sensitive or even taboo. Cuban bloggers and others have helped fuel a more vigorous and open debate. And I think many Cuban officials are more tolerant of critical views of the socialist government.
My goal when I opened the Dallas Morning News bureau in 2000 was to provide balanced coverage of Cuba. I don't know that I always succeeded, but I tried.
I also wanted to cover the news in Cuba as the country evolved. I figured it wouldn't do the Morning News any good if I were blacklisted or kicked out of the country.
I know some journalists disagree with that approach. I've heard some say that if they had the chance to run a news bureau in Cuba, they'd write about nothing but human rights abuses and prison conditions until the Cuban government kicked them out. Scorch and burn. Then they'd make a heroic exit.
For better or worse, I didn't take that approach. That doesn't mean I haven't - or won't - write critical stories. Samples of those are here, here and here. But I've always wanted to write about Cuba over the long haul, not just for a few years.
I tried to maintain relationships with Cubans of all political persuasions, from government officials and press spokesmen to activists who don't agree with the government.
I sought out those who have had enough of the Castro brothers, including U.S. officials, diplomats and Cuban-American activists.
While in Cuba, I also tried to write about all kinds of things, not just politics. But I ran into Cold-War politics everywhere I turned.
Ordinary Cubans on the street were often eager to talk about politics. As many of them saw it, I somehow represented the U.S. government, which has tried for decades to topple their government. So they had questions, and they often had something they wanted to get off their chest.
I sometimes grew weary of all the politics. Some of the most innocuous stories, it seemed, touched a political nerve.
Despite that, Cuban officials never told me what to write. They were always respectful, even when I wrote stories that upset them.
In 1994, the Dallas Morning News announced the closing of the Havana bureau. I left in early 2005.
I had expected - and hoped - to be in Cuba for at least several more years. Despite my grumbling, Cuba was where I wanted to be. And I'm grateful I had the chance to work there. 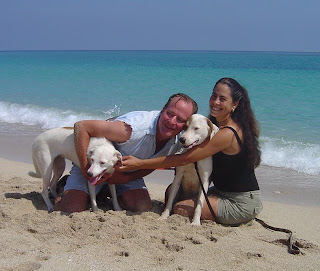 At the beach. Pretty oppressive, isn't it?
Looking back, I had a pretty good life on the island, though I may not have always appreciated it. I had friends in and out of the government. I made enough money to eat at restaurants and buy food at the dollar stores. I had wheels - not just an SUV, but a motorcycle, too. Some days I spent just exploring.
Sure, Cuba has problems. A lot of countries do. But like Roberto Robaina once told me:


We're not as good as we want to be, but we're not as bad as people say, either.

I believe that about Cuba. It has many problems, but it's not the hellhole that some people describe.
Cuba is a complicated place. I know that we journalists only cover a tiny fraction of what goes on. We skim the surface. We write about the people who have the most extreme views, but fail to talk to those in the middle. We write about blacks and whites, not the subtle tones of gray.
It's journalism - history in a hurry. And it sure isn't perfect.

Links:
Hasta luego: This was no ordinary island - a place that is both strange and special, stirring and sad. Feature story about what it was like to work in Cuba.
Rey Lear Editores, where La Casa de Cristal lists for 19,95 € or about $27, plus shipping.
Another link to Tamayo's story
Posted by alongthemalecon at 1:22:00 AM

Tracey - thanks for this. I'm a former journalist, now academic, and I've worked in Cuba for the past 16 years. I remember being in Havana during the 1999 Cumbre of Ibero-American leaders. Upon arrival, the press corps that accompanied each leader would get off the plane and - it seemed - the first demand they made to anyone within earshot was "take me to the dissidents!". It's nice to read something balanced. Much of what passes for journalism today repulses me... but perhaps that's to be expected in personality-driven talking-head entertainment-"journalism" that dominates our airwaves. Hopefully you'll have a chance to return to Cuba and reconnect with old friends.

Thanks for your comments, Zacaman.

Excellent article Mr. Eaton. In many ways, being a correspondent in Cuba can serve as metaphor on the history of Cuba since the dawn of the 20th century. Why? Well, it's really all about the gray's,isn't it. The perpetual struggle to find the reasonable center, far from blinding white and stifling black; the sweet spot, where one feels so right, so just and so true to what it means to be a human being endowed with reason. Unfortunately, that center proves way too narrow in the case of the Cuban masses, whether on the island or in exile. Most of us gravitate to extremes of right and left, as if enslaved by genetically wired instinct.

I feel we're already in a Post-Castro phase and hopefully the loudest voices will be those of men (and women) like you. The folks with brains who stand in the middle. It would be very sad indeed, after so many decades of tyranny from left and right to merely see the pendulum swing over and across, merely to lodge itself in the other extreme.

TGonzalez,
Thanks for your comments. I do get the sense sometimes that people are way too polarized over just about every issue, not just Cuba. Look at the U.S. government - it's gridlocked. Neither Congress nor Obama can get a thing done. Too many people would rather attack their enemies than work on solving common problems that we all face. The Internet fuels that. We all get into our own camps where we feel comfortable. Then we stop listening to others.
But as I tell my wife, joking, of course, "If only everyone else were as perfect as you and I...."