Cuba, where the license plates are really personal 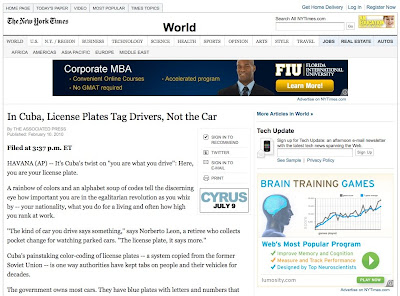 Will Weissert of The Associated Press filed a story today on Cuba's unusual system of colored license plates. He quotes a Cuban retiree as saying:

The kind of car you drive says something. The license plate, it says more.

Weissert writes that the Ministry of the Interior license plates are olive-green. And that, he says, includes "Fidel Castro's fleet of armored Mercedes 280s, which were built between 1982 and 1984."
Further down, the story mentions Along the Malecon. 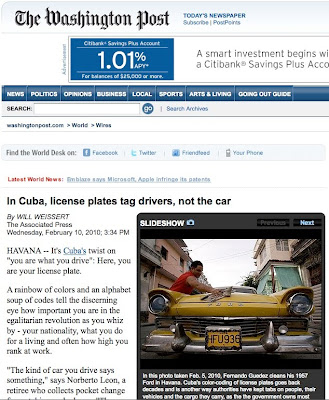 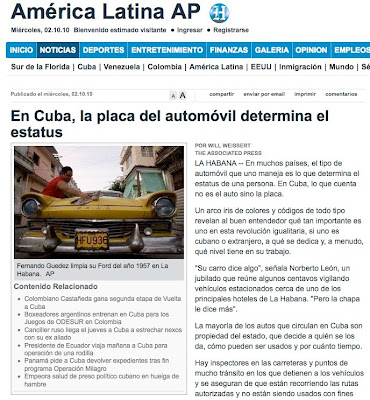