The graying of Cuba 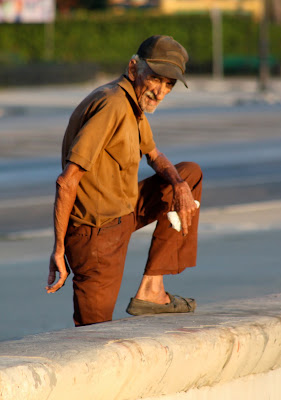 No golden parachute
Poverty forces many Cuban retirees to take jobs. look for ways to earn money in the informal economy.
The number of retirees in Cuba has swelled to more than 2 million. They make up a greater share of the population than they did four decades ago.
The Associated Press reported last year:

The ratio of workers to retirees has narrowed from seven-to-one in 1970 to three-to-one today.

Doesn't the AP statistic and your comment run counter to each other?

Good point...thanks. I tried to make the post clearer.

Raul has attempted to adress this by raising the retirement age when he offially took power in 2008.

Apprently this graying of the population was something that Cuban demographers had pointed out to Fidel in the 1990s but he chose to do nothing about it.