Ex-CIA spy loyal to Fidel Castro until the end 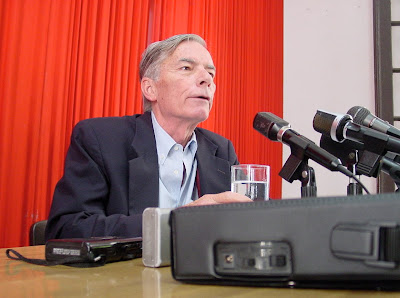 Philip Agee, regarded as traitor by U.S. officials, died in Havana in January 2008.
Former CIA spy Philip Agee turned against the U.S. government in the 1970s, saying he didn't believe the American government should be interfering in the affairs of Latin American nations. He outed hundreds of American agents and became an outspoken critic of the CIA.
Agee traveled to Cuba frequently and eventually settled in Havana and opened a travel agency.
He appeared from time to time at press conferences and spoke out against U.S. attempts to undermine the socialist government. I shot these photos during a press conference in mid-May of 2003.
Around that time, in an article that appeared in Counterpunch, Agee wrote that:


...regime change, as overthrowing governments has come to be known, has been the continuing U.S. goal in Cuba since the earliest days of the revolutionary government. Programs to achieve this goal have included propaganda to denigrate the revolution, diplomatic and commercial isolation, trade embargo, terrorism and military support to counter-revolutionaries, the Bay of Pigs invasion, assassination plots against Fidel Castro and other leaders, biological and chemical warfare, and, more recently, efforts to foment an internal political opposition masquerading as an independent civil society. 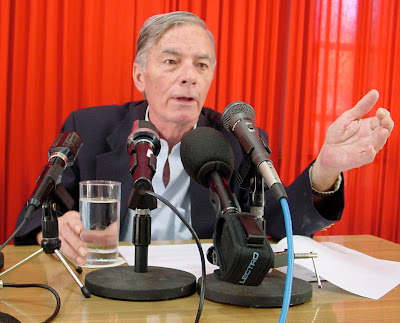 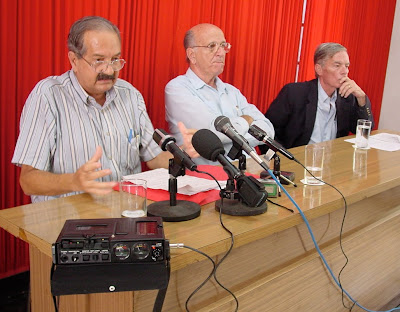 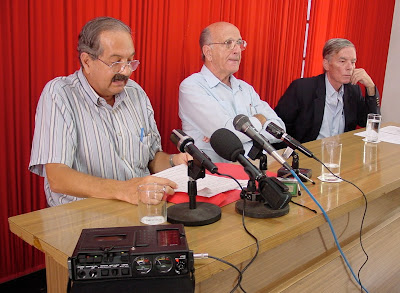 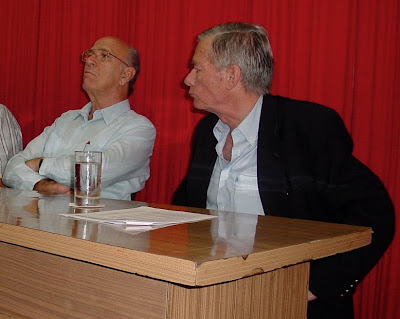 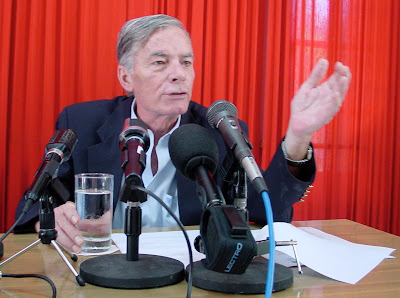