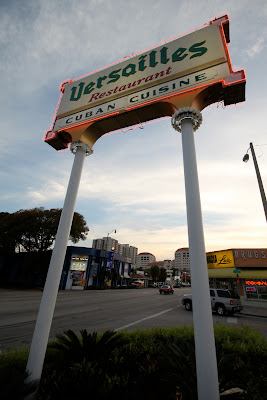 I'm just back from a quick trip to Miami. I couldn't resist sampling the lechon asado - or roast pig - at the landmark Versailles restaurant on Calle Ocho. The lunch crowd included everyone from Cuban exiles to Asian tourists.
Versailles customers told me that Luis Posada Carriles sometimes shows up at the restaurant and sells his paintings. 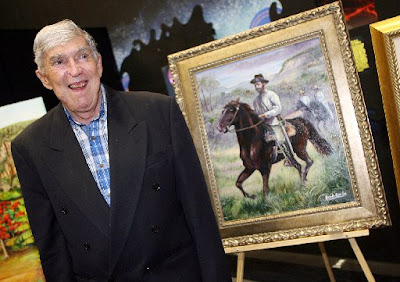 Posada Carriles, the artist. Photo credit: Cuaderno de Cuba
Posada Carriles is the former CIA operative linked to the 1976 bombing of a Cubana airliner that killed 73 people. He is now awaiting trial on perjury and other federal charges. His trial has dragged on for many months and he is, no doubt, piling up a lot of legal fees.
I asked Cuban journalist Nelson Rubio who in the exile community helps Posada Carriles and he said, "Everyone."
Rubio had invited me to join him on his radio program on April 29. He broadcasts from 6 a.m. to 9 a.m. on Radio Actualidad, 1020 AM. We didn't talk about Posada Carriles on the show, but I was curious to hear Rubio's thoughts.
Once I got back home, I surfed the 'Net to learn more about Posada Carriles' support. I found, for instance, that Cuban filmmaker Agustin Blazquez called him harmless in 2007 and accused U.S. authorities of violating Posada Carriles' rights.
Cuban officials say they'd like to see U.S. authorities take stronger action against Posada Carriles.
A Cuban official told me in an e-mail that he believes the U.S. government is protecting the defendant. "That's what I think should be denounced. This killer walks the streets freely," he said. 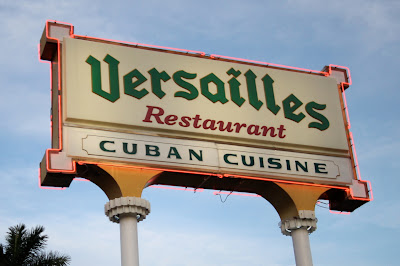 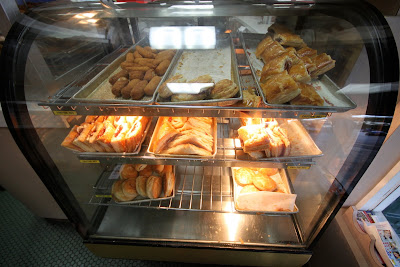 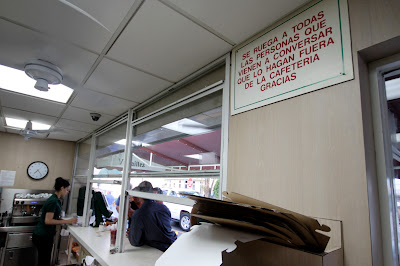 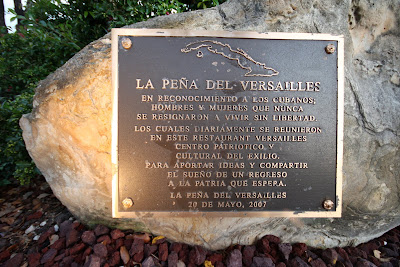 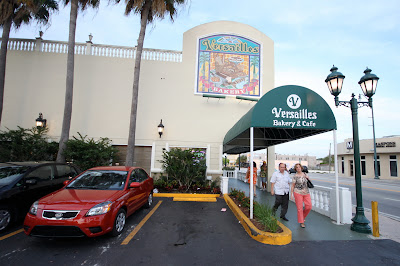 Below, a 2006 display about a Posada Carriles art exhibit in the Spanish-language newspaper Libre. 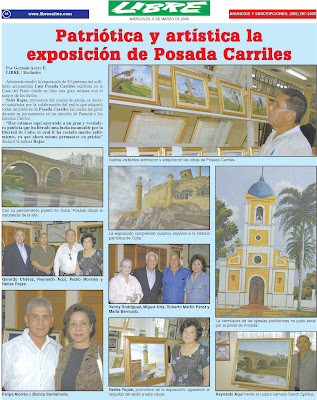 Links:
CubaCollectibles.com sells reprints of Posada Carriles' paintings for $39 to $75.
Along the Malecon's Anti-Castro militants page
Posted by alongthemalecon at 2:24:00 PM