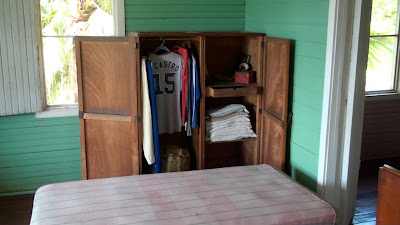 These images are from the plantation where Fidel and Raul Castro grew up. Above, Fidel Castro's bedroom and closet, showing his baseball jersey. 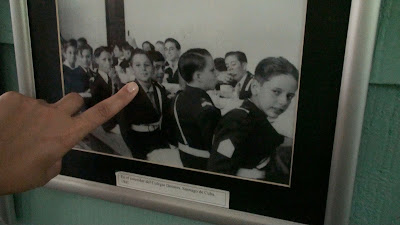 Fidel Castro in the school cafeteria. 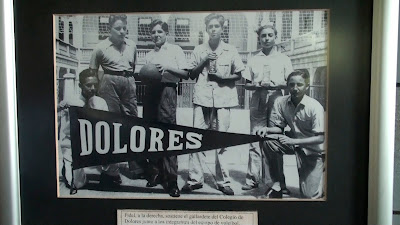 On the volleyball team. 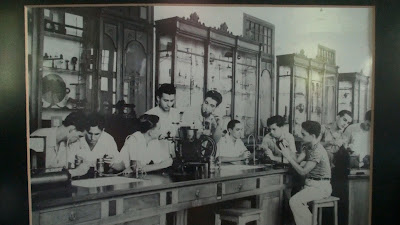 In science class. Looks like Castro's second from left. Fidel Castro and others had appeared on this page in Bohemia magazine and was listed as one of four aces of war. Castro's mother, Lina Ruz, didn't like Fidel Castro appearing on the page next to Manuel Urrutia. She regarded him as a traitor to the revolution, Cuban historian Lazaro Castro said. So, as the story goes, she got a photo of Raul Castro and pasted it over Urrutia's picture. 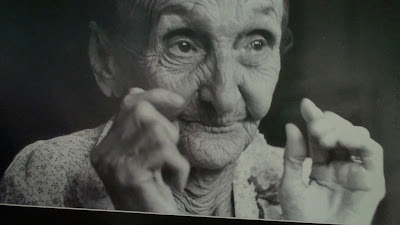 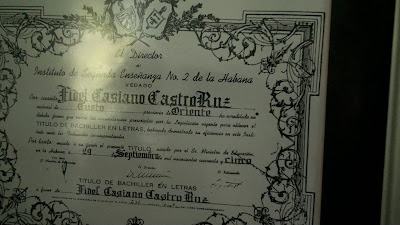