To some, they're heroes. To others, they're "rats" 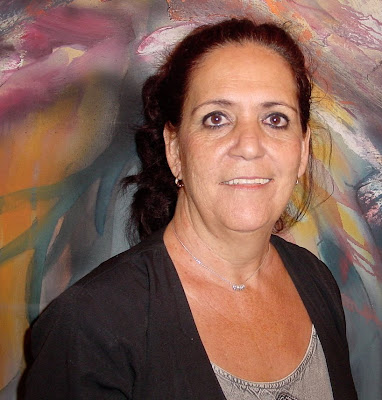 Odilia Collazo Valdés, a.k.a. Agent Tania
I was digging into some old photos today and found pictures I took of two Cuban agents who posed as anti-Castro activists until their true identities were revealed in 2003.
Odilia Collazo Valdés was Agent Tania and Pedro Luis Véliz was Agent Ernesto. They are considered heroes to supporters of the Cuban revolution.
Foes of the socialist government regard them as chivatos - informants, rats or stool pigeons.
The agents told me in 2003 that U.S. pro-democracy groups unwittingly paid them, a claim that American officials denied at the time.
Whatever the case, these agents and others seriously undermined U.S. efforts to boost pro-democracy organizations in Cuba.
I have no doubt that many more Cuban agents are entrenched in the political opposition, doing what they can to learn how U.S. organizations are trying to aid dissidents, independent journalists and bloggers today.
They are likely gathering evidence against opposition forces and Cuban authorities at some point will try to use that information for their strategic benefit. 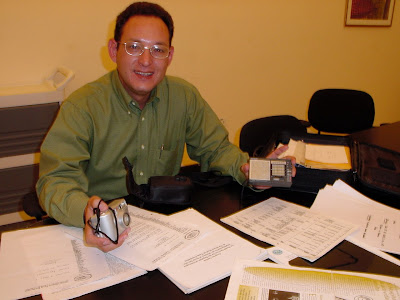 Pedro Luis Véliz, a.k.a. Agent Ernesto
Cuban officials have elevated the profile of their spies in recent years, particularly since the FBI broke up Cuba's Wasp Network in South Florida. Their strategy has been not only to admit that they spy, but to embrace and celebrate espionage as a heroic defense of the homeland.
Anti-Castro activists, meanwhile, are increasingly demonizing the act of informing on the political opposition. They are setting up blogs and even Facebook pages encouraging people to turn in chivatos and publish their photos for the world to see.
Visitors to many of these websites talk of retaliation against pro-Castro spies once - as they see it - the socialist government falls. They write such messages as:


You have little time left.
These son of a bitches must be prosecuted for crimes against the people of Cuba.
Communist dog.

My guess is that this conflict will continue to drag out for some time.

To be sure, the battle over Cuba has evolved and much has changed since agents Tania and Ernesto were unmasked. A few changes I've noticed:

1. Bloggers and members of the political opposition are bolder than ever. Some have begun posting photos of the agents who follow them and conduct surveillance of them.
2. The sheer volume of text, photos and video generated in Cuba has mushroomed and Cuban officials have little control over it.
3. Government supporters and their foes are as polarized as ever. Their virtual battles in the blogosphere are increasingly spilling over into the real world.
4. The Internet is a key tool for anti-Castro activists and they're using it effectively. Recent successes include the #OZT: I Accuse the Cuban Government petition drive, which has collected more than 46,000 signatures since the death of hunger striker Orlando Zapata.
5. The Cuban government is having difficulty in shaping public opinion, especially outside Cuba. Fidel Castro remains sidelined and no strong dominant voice has replaced him.

My guess is that things will get a lot uglier in Cuba before they get better.

For the record, I favor dialogue and reconciliation, not violence. That's easy for me to say, I know. I am not Cuban and my family has never been divided by revolution or politics.
Posted by alongthemalecon at 6:43:00 PM