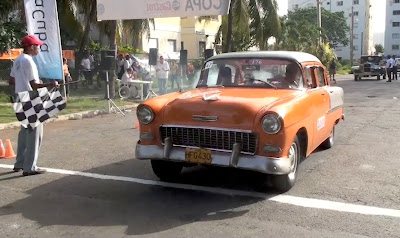 A 1956 MG led the start of the Fifth "A Lo Cubano" Castrol Cuba. I posted video of the event here.
Organizers said 65 automobiles - and 15 motorcycles - were entered in the rally. Drivers were required to complete the 40.8-mile course in 1 hour and 49 minutes. 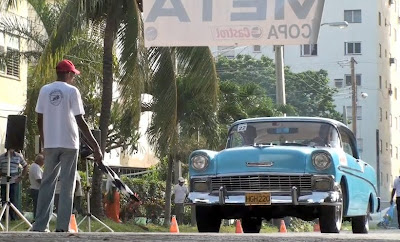 Their automobiles were built between 1929 and 1975. About 65 percent of the cars were mostly original with "their bodies, engines, gearboxes and differentials" still intact, according to the event's website.
The winning driver was: MÁXIMO RAFAEL FRANCO.
His co-pilot: ALEJANDRO FRANCO.
Their car: A 1955 CHEVROLET BEL AIR. 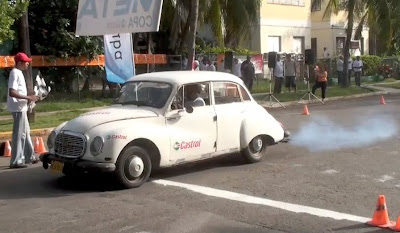