Any shift in focus of US. pro-democracy programs in Cuba? 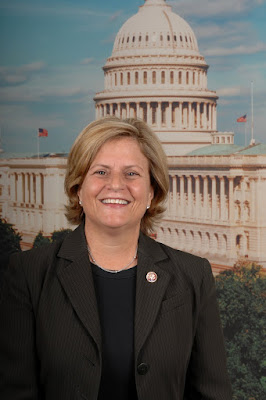 Photo credit: Office of Ileana Ros-Lehtinen
Two Florida Republicans met Wednesday with the chief of the State Department's Cuban Affairs Office. Among their goals: To discourage any easing of travel restrictions to Cuba.
U.S. Rep. Ileana Ros-Lehtinen told Cuban Colada that Peter Brennan, coordinator of Cuban Affairs, didn't reveal what the Obama administration's next move would be.
She and U.S. Rep. Mario Diaz-Balart wanted to urge the State Department to continue to work toward a democratic transition in Cuba. Ros-Lehtinen said earlier, in a statement:


I requested this meeting with Mr. Brennan, who recently assumed this post, to discuss growing concerns about the direction of U.S.-Cuba policy, including reports about the possible easing of restrictions on the Cuban regime and the apparent shift in focus of U.S.-Cuba programs intended to promote democracy.
Democracy promotion must remain front and center in our Cuba programs. Providing economic assistance without tying it to the advancement of human rights and freedom will only give the regime more ways to profit off of the Cuban people.
I'm also increasingly concerned by previous reports that the Administration might be considering changes to current U.S. policy towards the Cuban regime. Unrestricted and unlimited tourism travel to Cuba will enrich the regime. We've played this game before; let's not be fooled again.

I am interested in learning more about the "apparent shift in focus of U.S.-Cuba programs" that Ros-Lehtinen cites. I would imagine U.S. officials are taking steps to minimize the risks of the private contractors who carry out pro-democracy programs in Cuba. Is anything going on besides that?
Posted by alongthemalecon at 12:07:00 PM